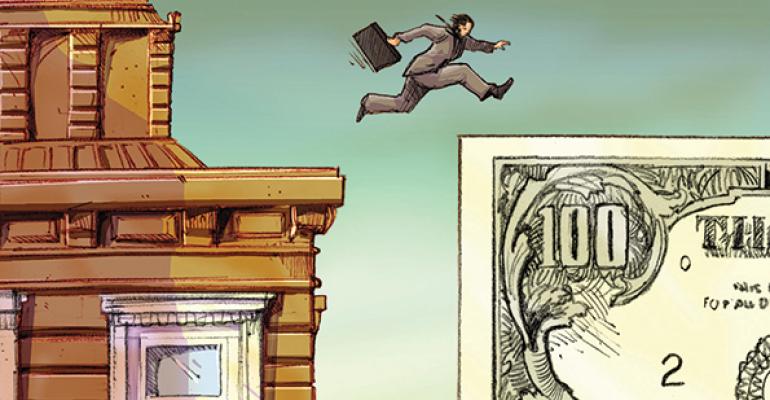 After 25 years as a financial advisor, Elizabeth Brickman decided in 2012 it was time to step back, sell the firm, and turn her attention to the books she wanted to write.

Of course, she wanted to get the most money she could from a buyer. So she hired an outside firm to do a valuation of her Miami-based business, and pinpointed estate planning as an area wherein a purchaser could, with little effort, generate more revenue. “Any buyer would have an entirely new area they could grow,” says Brickman, whose practice had over $60 million in assets at the time.

What happened? Within six months almost 30 suitors stepped forward, and she made the sale.

As Brickman found, it may be a seller’s market for financial advisory firms, but only for the “right” ones. A host of wide-ranging variables determine how much, if anything, you can get for your firm, from assets under management and cash flow to revenue mix and areas of specialization, according to a recent report by NFP Advisor Services. Getting the best value often means beginning the process of dressing the firm up for sale years before you intend to pull the trigger.

Your first step is to have an outside vendor value your firm so you know what’s valuable and what might be a drag on the price. The best-case scenario would be to have five years to fix any gaps in your services, clientele or operations. “You need a plan,” says David Grau Sr., president of Lake Oswego, Or.-based FP Transitions, which specializes in financial advisory mergers and acquisitions. “You can’t do this by the seat of your pants.”

David McMenamin, founder of $70 million AUM Horizon Financial Group in Tucson, Ariz., began looking at his exit strategies in 2007. He realized that one important factor in a valuation would be his firm’s “internal operational procedures,” or specific and repeatable processes that a buyer could easily step into without interruption. “We needed to start getting all our systems in place,” says McMenamin.

He joined Ron Carson’s practice management coaching firm, Peak Advisor Alliance, to figure out the best way to go about it. He asked his top clients how often they wanted to meet, and found that many considered quarterly reviews excessive. He reduced them to twice a year. He created an employee manual with details on everything from who answers the phone to how to operate the office’s security systems.

In short, McMenamin took some of the steps needed to turn his practice into a business, and believes he increased the value. He’ll put the firm up for sale in two to five years, he says.

Even if selling is not in the cards, making the practice more efficient can help cut costs and increase profits. McMenamin used to manage client portfolios individually; now he uses model portfolios. “We used to manage so many portfolios, adding clients became increasingly time-consuming,” he says. Using model portfolios freed up so much staff time that when an employee recently left the firm, he didn’t have to replace her.

The characteristics of your client base, from net worth to age, may be the most significant weakness to overcome. You may have too many accounts that aren’t profitable—the clients may be too demanding on time and attention to justify the revenue made from them. Sarah Cray, manager of succession planning and acquisitions at Raymond James Financial Services, suggests one way around that is by selling different clients to different buyers. “You can make sure the purchaser of your main practice is only buying the cream of the crop,” she says.

Or you may find your client base is filled with retirees who aren’t in asset accumulation mode. Few will want to buy a business that’s being drained of assets as clients draw down accounts. That’s the reason advisors are consistently told to create relationships with the client’s children. That’s a long-term process, however. Another approach is to spend a few years with a fierce focus on attracting younger prospects.

Either way, the potential for client retention is a big factor in the firm’s valuation. Your willingness to stay on after the sale for a period of transition, to make clients comfortable with the new regime, can likewise have an impact.

Retaining staff members is also important. Their presence can give clients a level of confidence they might not otherwise have and helps them decide to stick with the firm. Plus, they’ll be able to ensure that operations run smoothly during and after the transition. Three years ago, when Patricia Krarup arranged a buyout of her Janesville, Wisc., practice, she made sure that her office manager stayed on. An employee for 10 years, “the clients knew her and liked her,” says Krarup. To motivate the woman to stay on, according to Krarup, the new owner set up a new bonus structure.

Another approach: Have support staff sign non-solicitation agreements. That way, “They can’t quit and go across the street to a competitor and solicit your clients or other employees,” says Cray.  According to Neel Shah, managing attorney of Shah & Associates in Monroe, N.J., who works with financial advisors, non-solicitations tend to be more enforceable than non-compete agreements, which generally prevent an employee from working for a competitor in a certain geographic space for a period of time.

And don’t discount the benefits of geography. Krarup tried off and on for 10 years to find a purchaser, without success. While talking to a colleague volunteering with her for the Million Dollar Round Table, an association for financial services professionals, she discovered the man was looking to establish an office in Wisconsin. The contacts with attorneys, accountants and others in the area that she had developed over 40 years in business added a uniquely attractive element to the practice, according to Krarup. She won’t divulge how much she sold the firm for, but it was a dollar amount plus ongoing commissions on new business. “I’m very happy with the final price,” she says.