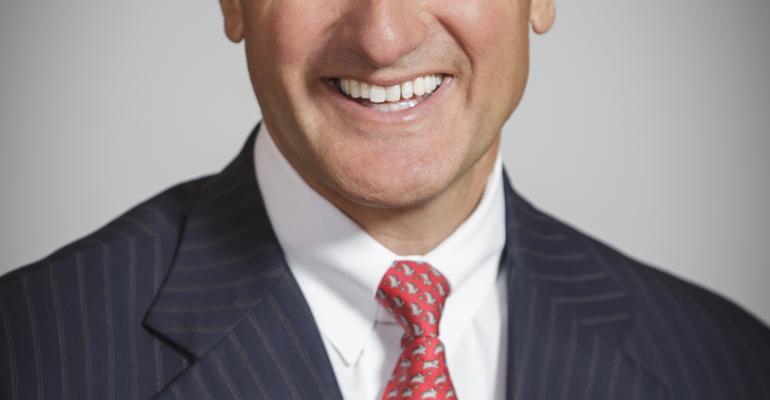 How one advisor team doubled their business after leaving Merrill.

On a Friday morning in late July 2011, financial advisors Paul Pagnato and David Karp went into their Merrill Lynch office in Washington, D.C. to deliver the news: After nearly 20 years with the firm, they were joining HighTower Advisors. But in a world where most advisors wait until the end of the day Friday to announce a jump, to prevent the firm from calling their clients, Pagnato and Karp weren’t worried about timing. In fact, they were more worried a Friday evening call would interrupt the start of thier clients' weekend plans.

“We were confident that our clients were going to follow us,” Pagnato says.

Turns out he was right. Ninety percent of their clients transitioned over.

“HighTower has this down pat,” Pagnato says. “So in 20 minutes, our licenses transitioned over, and then we’re on the phone contacting, calling our clients, communicating to them about the transition and why we made the move.”

A hybrid registered investment advisor and broker/dealer that reports about $12 billion in assets, HighTower has been reeling in some of the biggest and best advisors in the business—including Pagnato—since it opened its doors in 2008. The growth has continued. So far in 2013, three advisor teams have joined HighTower, and two advisors have joined existing teams.

It was a smart move for Pagnato. In the two years since he jumped ship, his firm, The Pagnato-KarpGroup, has grown from $1 billion in assets and 11 people to $2 billion in assets and 17 people. At Merrill, their firm was growing at a rate of about 20 percent per year; they’re now growing 50 percent per year. Pagnato attributes the growth to the HighTower and fee-only models, which allowed them to get costs down, get more exposure, and have more flexibility with what they invest in.

Pagnato says the No. 1 source of his firm’s growth over the past two years has been referrals from centers of influence, such as CPAs, investment bankers and attorneys.

“I actually had centers of influence communicate to me that they didn’t refer as much to me because we were not independent,” he says. “Now that they know we don’t have a product to sell or an offering, they know that we’re fiduciaries, the floodgates just opened up.”

The change was also well-received by existing clients, who like the fact that Pagnato and Karp are legally obligated to put their interests first, as fiduciaries. Being in D.C., many of Pagnato’s clients are entrepreneurs or executives in the defense and intelligence spaces, so they tend to be extra sensitive about privacy and communication. Pagnato and Karp have helped over 60 families go through the transition of selling their businesses.

Their clients are all high-net-worth investors with $10 million or more in assets. Because of the sensitive nature of his clients’ businesses and their net worth, Pagnato needed a high-touch, family office solution, including two full-time concierges, an attorney and a CPA. His firm will collect their mail, pay their bills, and make travel arrangements for clients. They’re also experts in private aviation, so they can help clients purchase their aircraft, Pagnato says. They also put on family wealth and next gen conferences—a kind of financial boot camp for clients’ children.

Pagnato is able to reach out to the marketplace in ways he couldn’t at Merrill. The big firms, including Merrill, typically have their chief strategist or economist represent the firm’s view of the markets in the press, not their advisors.

Since joining HighTower, he has made TV appearances on Bloomberg TV, CNBC, Fox Business News and Business News Network. He’s also been on radio stations, including MarketWatch, WTOP, and WNZY.

This builds the firm’s brand and reputation with centers of influence, and it also gives existing clients and prospects confidence in the firm.

“I’ve had individuals that were prospects of mine that hadn’t really come on board when I was at the prior firm,” Pagnato says. “They literally would see me on TV; they would call and say, ‘Paul I want to get together for breakfast.’ And it just helped put them over the hump because of that credibility.”

Before moving to HighTower, Pagnato wasn’t able to negotiate with his custodian for lower transaction, banking and custodial costs, becasue the custodian was his employer.

HighTower allows advisors to choose multiple custodians, so Pagnato’s firm is able to negotiate one custodian off of another to drive down these costs for their clients.

“The custodians that we work with, they know that we can fire them at any time,” Pagnato says. “And they know they have a lot of competition because the other custodians would love to have our assets. So it’s a completely different mindset.”

Some custodians went out of business during the financial crisis of 2008 and 2009, including Bear Stearns, so having access to multiple custodians allows a firm to diversify its assets, rather than having all your eggs in one basket, Pagnato says. “That’s powerful.”

They also have more choice in what investment products they use, Pagnato says. For example, when they wanted to invest in a structured note, they had to use Merrill’s and were locked into their cost structure. Now, they put the note out to bid to the entire Street, so Merrill is competing against other structured note providers, driving down the costs.

Pagnato can also make private real estate and agricultural financing investments on behalf of their clients with boutique managers, where the total fund raise is only $400 million to $500 million. At Merrill, such investments were too small to put on their platform, and because they have thousands of advisors, they’re going to look for managers who can handle a lot of assets, Pagnato says.

For private real estate, the firm turns to student housing, medical facilities and storage facilities, which can provide 9 percent cash flow and trades at about 60 to 70 percent of their market value, Pagnato says.

Another alternative investment that Pagnato uses is agricultural financing, which is debt that is fully collateralized by the underlying commodity. There’s a delay between when farmers harvest a crop and sell it, so they need cash flow, Pagnato says. That’s where the investors come in. These private funds typically offer a 10 percent dividend, he adds.

Of course, the transition had its challenges. Getting used to a new custodian takes time; for Pagnato’s team, it took them two to three months before things became habit.

One thing Pagnato recommends: Take care of team members during the transition. Pagnato guaranteed their incomes for a certain period of time, so it took the risk off the table for them. “You need to reward them.”