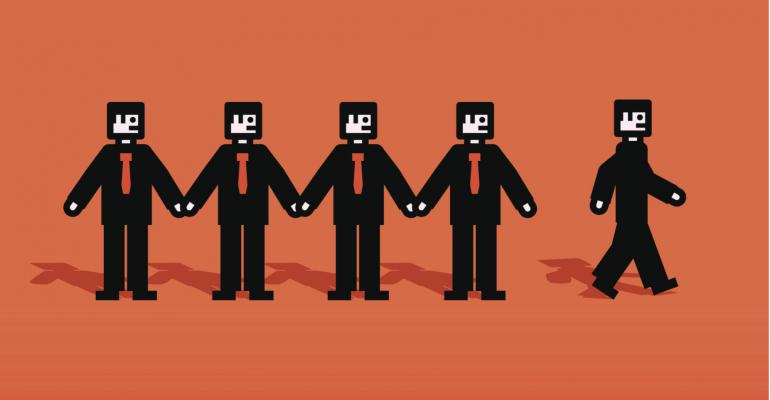 Make no mistake, every advisor, regardless of size or where they are coming from, should have a buy-sell agreement.

Recently, I had a disheartening conversation with a couple friends of an independent advisor who had tragically passed away unexpectedly. The advisor, a large producer with a lucrative book of business, had worked in the industry for decades and was an invaluable member of his firm.

After building an established practice with a stable of longtime clients, they said the advisor was finally beginning to consider what the next stage of his life might look like. Then, the unthinkable happened. Emotionally, no one was prepared. Not his broker-dealer. Not his colleagues. Not his clients. And, certainly, not his family.

To make matters worse, they told me that the advisor did not have a buy-sell agreement in place when he died. At the time, his colleagues simply assumed they would take over his book of business. But without something in writing, his book of business was instead frozen. No one was able to touch it and his clients were temporarily in limbo, not knowing for sure how they would be supported, or by whom, going forward.

Meanwhile, as the advisor’s family grieved, they also had to come to terms with the fact that they would never fully benefit from the underlying value he had created in his business. Given the nature of the practice this advisor has built, his heirs probably lost out on collecting up to $1 million, if not more.

Unfortunately, this happens all too frequently within financial services space, where many advisors still do not have a buy-sell agreement. The problem is especially acute for one-man independent shops and wirehouse advisors who are transitioning to independence.

That many former wirehouse advisors don’t appreciate the importance of having a buy-sell agreement is hardly surprising. After all, in the wirehouse world the broker-dealer owns the book of business, not the advisor. And though most firms typically pay heirs a lump sum based on a variety of factors – including how long the deceased advisor worked with the company, the size of their book of business and their most recent trailing 12-month production – this arrangement doesn’t come close to matching what the practice could have been fetched on the open market.

1. Find a partner who clears with the same firm – Anytime there is change, an inevitable adjustment period follows. But by entering into a buy-sell agreement with an advisor who clears with the same firm, disruptions can be kept to a minimum. This is true for staff but especially for clients, who will not want to deal with the headaches typically associated with transitioning their accounts to another broker-dealer, and thus, could be more likely to bolt to a new advisor altogether. Thankfully, because broker-dealers want to keep existing assets on their platforms, they are likely to provide ample transition support in this regard.

2. Find a partner in the same geographic area – Just as clients don’t want to deal with complicated broker-dealer transitions, they are typically turned off by the prospect of having to build a relationship with an advisor based outside of their immediate geographic area. Transitions tend to require constant care and feeding and great deal of face time, and that’s virtually impossible to do from afar. At the beginning of the buy-sell partner seeking process, ask your broker-dealer for a detailed list of larger, well-established advisor firms in the area that could potentially be solid buy-sell partners for your practice.

3. Look for a team that is both a business and cultural fit – Buyers must have the capacity, including the support staff and other resources, to handle additional volume and absorb sudden changes. Equally important, the principals of the firms should have similar personalities – or, at the very least, not be vastly different in temperament and disposition. Stark personality differences are often unpalatable to clients who have become accustom to a certain style or approach. Also, each firm must serve the same types of client. For instance, it doesn’t make much sense for an advisor that specializes in serving Gen X and Gen Y clients to absorb a book of business that consists mostly of retirees or baby boomers on the cusp of retirement.

Having a clear and transparent buy-sell agreement will help advisors adequately provide for their families and give peace of mind to their clients should the unexpected happen, such as sudden death or disability. But above all else, it will capture true market value, something that rarely happens in the wirehouse world.

Put simply, by leveraging well-structured buy-sell agreements to generate additional revenue streams and to better provide for their families even after an unanticipated death or disability event, independent advisors are able to extract value from their books of business in ways that a wirehouse advisor typically cannot.  Independent advisors as well as wirehouse advisors transitioning to independence owe it to themselves, their families, and most importantly, their clients, to ensure this aspect of their business is covered.