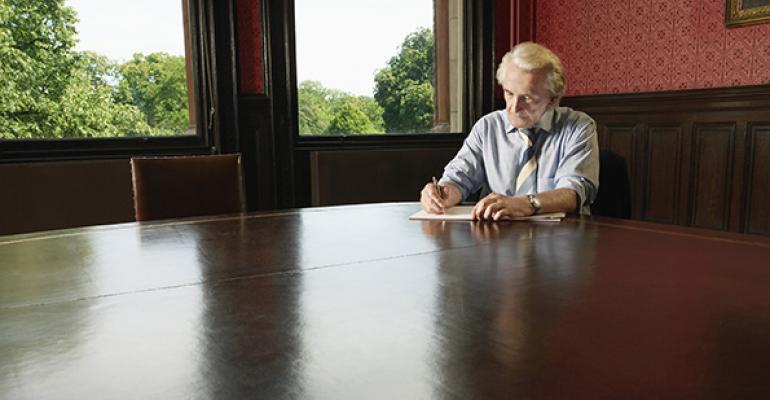 Three steps for a smooth transition

Attorneys begin the process of “passing the torch” of their law practice for many reasons.  They may have planned reasons, such as retirement or transitioning into a government position.  Or, there may be unplanned reasons, such as incapacitation or death. Whatever the reason, succession planning of the office is one of the most important things you can do for your business. I’ll focus on transitional successor planning.

With a planned transition, there’s more time to ensure that all milestones are met before stepping away.  Today, most small firms are faced with the same problem.  Attorneys are coming to an age when they would like to retire, but talent in the legal market is lacking.  It’s hard to find a balance to keep clients while passing the torch to a successor.

For this reason, many sole practitioners and small firms don’t put a transition plan in place.  This is a bad idea.  Failure to address a transition plan and grooming a successor as early as possible can be devastating to a small law practice.

It’s important to begin thinking early about the role of a successor.  Many attorneys look for an established attorney for the transition of their practice.  Some hire an associate to groom into a partner.  However, it may better to look for the right characteristics in a young lawyer and then develop his leadership skills over time, to best suit the needs of the practice.

Here are three steps for a smooth transition.

Step 1: Set succession date. The first step for successor planning is choosing a target date for stepping away.  The further out this date can be, the better.  The transition period should be five to seven years; however, it’s doable in three to five years.  Setting a transition date five years in advance is a good median.  This gives you enough time to hire slowly and fire fast if needed. Setting the succession date less than three years in advance could potentially be costing your practice thousands of dollars in lost revenue. You may want to rethink your timeline if possible.

During the transition period, you may want to assign specific goals for your successor.  The first year can serve as probationary period, during which you’re able to gauge the leadership potential of your successor.  If your successor meets goals to your satisfaction, you can begin a buy-in process for the next several years until majority ownership is accomplished.

Step 3: Retain interest in practice. When drafting succession plan documents, many outgoing attorneys wish to remain relevant in the practice.  It’s not uncommon for an outgoing to attorney to retain 10 percent to 15 percent of the practice providing the attorney meets minimum revenue standards set forth in the succession contract.  Many attorneys also retain a certain percentage from clients they originally brought into the practice.  These additions allow the outgoing attorney to remain in practice, without ownership responsibilities, while supplementing retirement income with new revenue.

It is a win-win situation for both attorneys.  An element that originally attracted the succession attorney to the practice remains in place while relationships formed by the outgoing attorney and long term clients remain intact by retaining the original element of the practice.