/sites/all/themes/penton_subtheme_wealthmanagement/images/logos/footer.png
Recent
Recent
Maddy Dychtwald – Women & Financial Wellness: Beyond the Bottom Line
May 24, 2022
Marriott Plans to Restart Share Buybacks on Rapid Hotel Recovery, CEO Says
May 24, 2022
The Search for Sustainable Investment Leaders
May 24, 2022
Nine Must Reads for the CRE Industry (May 25, 2022)
May 24, 2022
Featured
The 10 Best and 10 Worst States in Which to Retire in 2021
Jul 15, 2021
Poll: 15 Classic Books on Investing and the Markets
Apr 03, 2020
Fifteen Must-Listen Business Podcasts for Advisors
Aug 14, 2020
Celebrity Estates: Jay Leno and Planning for Classic Car Collections
Feb 22, 2022
Schwab IMPACT
brought to you by 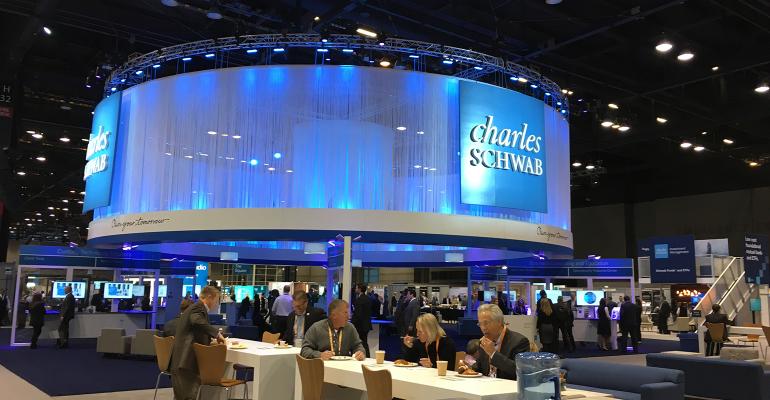 Talk of a firm’s “culture” is all hot air until those values find traction in the most important decision a growing firm can make: who to hire and how to pay them.

Defining the “culture” of an advisory firm is important, yes, but turning those vague impulses into what RIA compensation consultant Kelli Cruz calls a “core competency” requires not just hiring the right people, but also compensating them in ways that meet the firm’s needs as well as those of the employee. Not surprising, it’s where most principals of growing firms stumble.

Whether it’s a public-facing business development role, a junior advisor or an administrative assistant, getting the right person in the door requires more intentionality than simply hiring someone for a vaguely defined job because it “feels right,” and then scrambling to define what that person will do —a frequent trap for many small businesses.

But even when there are clear job definitions and specific responsibilities, most firms lack what Cruz calls a “compensation philosophy,” a way of structuring a pay package—including base pay, incentives and benefits—that meets the needs of the firm and the employee.

“Most compensation plans are put together by, and for, baby boomers,” she said. They are heavy on deferred compensation, matching retirement plan contributions and profit sharing. That works for boomers, who pride themselves on loyalty to a firm, but for Gen X and millennial employees, long-term employment incentives can seem like a trap.

Cruz recalled one advisor that offered a base pay about 25 percent lower than other firms in the market, but made up for it with a generous profit sharing plan. He thought it was a key incentive, but still suffered high turnover. Why? Younger advisors and office support were included, and for these relatively lower-paid employees, the deferred profit sharing incentive held less appeal than a higher paycheck.

“Boomers remain committed, as long as there is security and benefits,” Cruz said. “Gen Xers value time and freedom to choose what they want to do with that time.”

While 80 percent of millennials put “base pay” among the top three factors of job satisfaction—perhaps not surprising given the amount of college debt many carry—45 percent put career options in the same tier, she said.

It’s important these employees see their base compensation as “fair,” Cruz said, and that requires linking the salary to specific job responsibilities. Without a clear understanding of exactly what’s expected for the salary, base pay can begin to seem like an “entitlement” just for showing up.

Likewise, beware giving out cost-of-living increases to employees as a matter of course, she said. It has little impact on any individual employee, yet in aggregate can be a costly expense for the firm. Instead, tie the increase to new skills learned or the accomplishment of specific objectives.

Incentives, which in Cruz’s experience at advisory firms range anywhere from 5 to 35 percent of total pay, should be paid out for meeting or exceeding certain specified goals, not as a replacement for performance management. “Don’t use incentive pay to force a behavior. No incentive plan will accomplish that.”

Who should participate in a firm’s incentive plan? Everyone, according to Cruz, including administrative support. “Everyone is responsible for firm culture,” she said. For advisors and business development roles, incentives depend on the firm’s goals, whether that is increased revenue from existing clients or increasing assets with new accounts.

For support staff, incentives can be built around client service initiatives, technology improvements or skill development, she said. But beware making the incentive programs too unwieldy. Usually, no more than five goals is best, she said.

The most important thing is that the incentive goals be clearly defined, and the ability to meet them under the employee’s control.

Finally, she said, the hardest compensation structure for an advisory firm to turn away from is an “eat what you kill,” incentive, or sharing revenue with the advisor that brings in the new assets.

On the positive side, it shifts employment risks away from the firm and to the individual, rewards superstars and punishes underachievers. But Cruz said in her experience those advantages are outweighed by the negatives: Advisors promote themselves, not the firm; they are more difficult to manage; they don’t function as part of a team; and it makes it more difficult to structure an eventual succession plan.

What if a small firm has to embrace the revenue sharing to get off the ground? Put the program on a three-year timetable, she said, and on a sliding scale. “It is the most difficult re-do for an advisory firm to make happen,” she said. “And putting it together with a traditional compensation plan is just too unwieldy.”