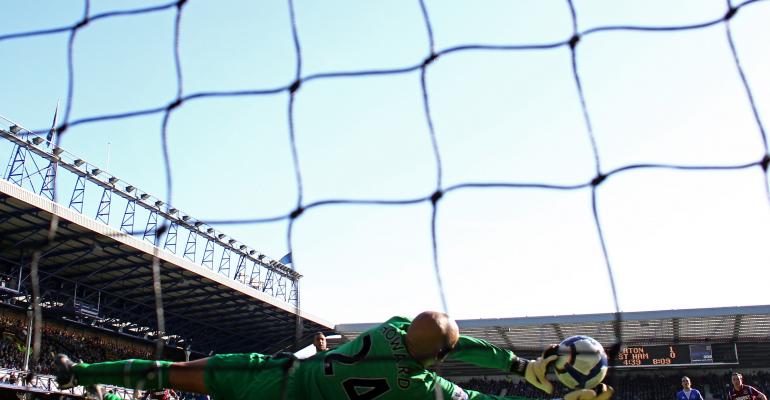 We all suffer from boredom, and to combat it, we create busy work to fill our days.

Nowhere is that more evident than in two lines of challenging work – the business of being a soccer goalie trying to keep balls out of the net or a wealth manager seeking to help clients reach their financial goals.

You Mean, Do Nothing?

The undaunted goalkeeper and wealth manager share the same tortured existence in a couple of ways.

During a penalty kick, we often see a hyperactive keeper bouncing from side to side in an attempt to psych out the shooter. Usually, the goalkeeper will commit in one direction as the kicker approaches – and most of the time the keeper is dead wrong. Three quarters of all PKs are scores.

Turns out that standing pat might be the best strategy, but that just doesn’t feel right. Keepers feel the pressure to do something and appease the fans who want to see a heroic effort.

The same can be said about wealth managers when the market is volatile. Clients want you to do something to ease the pain or capitalize on euphoria. The temptation to tweak the portfolio to show clients you’re on top of it is overwhelming.

Yet, inaction is often the best course of action. Staying in the market for the long haul, rather than jumping in and out, has been very profitable. As this analysis points out, bulls always beat the bears over time.

Goalkeepers and advisors also share a similar fate when it comes to performance. That is, past performance is no indication of future success.

The keeper who occasionally guesses right and stops a shot is in no way demonstrating a supernatural ability to stop PKs in the future. The reality is that the keeper’s performance is more luck than skill.

So it is for wealth managers who have achieved outsized returns in the market. Past performance is never indicative of future performance. That’s why countless hours of legal time have been spent on disclaimer language with tiny fonts.

Rather than over-committing in one direction, a better approach is to create a disciplined strategy and adhere to it. That’s true whether you’re a keeper aspiring to be the next Tim Howard or Hope Solo, or a high net worth manager with a robust business.

Holding your ground is particularly difficult for wealth advisors who come from Wall Street. Anyone who has worked on Wall Street knows that activity pays – often handsomely.

Each day, Wall Street brokers are assaulted with actionable ideas. The communal office environment stimulates action and immediate recognition.  By contrast, a wealth manager’s office is quiet and promotes thought and introspection.  It took me years to adapt to this slower pace.

What if we took a more relaxed approach? What if an advisor resisted the urge to do something because clients demanded it? Old habits die hard, but could chilling out be the right answer?

In fact, sticking to a sound strategy is a better way to go in wealth management, even when the ebbs and flows of the market might suggest otherwise. Establishing a plan and following it religiously will be better in the long run.

Of course, your client or soccer club owner might not like it if you keep calm and carry on. They may give you the ax before the results of your approach become evident.