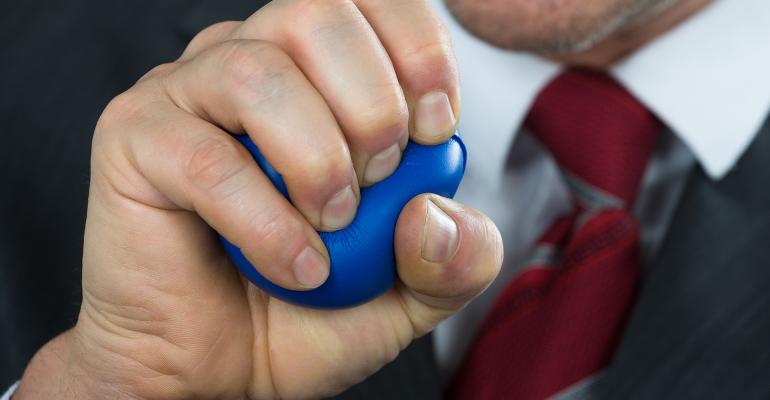 The Pandemic Is Taking a Toll on Your Managers’ Mental Health

A new survey takes the pulse of U.S. workers on pay, work-life balance and more.

(Bloomberg) -- If your manager seems crabby lately, consider this: Six in 10 of them say their mental health has been hurt by the pandemic, according to a new survey from Prudential Financial.

That has 40% of managers saying that they are prioritizing their mental health over their career, according to the nationally representative survey of 2,000 workers. Of managers whose direct reports are working remotely, 44% said the hybrid work model had already left them burnt out.

Workers who once only griped about their work-life balance are actually doing something about it now. Seventy percent said “they have or are considering prioritizing their personal lives over their jobs,” and one in five said they’d be willing to take a pay cut for a better quality of life. The median percentage pay cut workers would be willing to take: 10%.

Workers who hope to hold on to a more flexible, hybrid work model may be disappointed, however, if their managers’ instincts are on target. While 78% of hybrid workers expect their new work style to be the main way people work over the next decade, 64% of managers with staff working remotely think companies using hybrid models now will eventually want most employees to be back in the office five days a week.

At the same time, the survey reflected what has been dubbed the Great Resignation. A good chunk of people said they moved into a new job since the start of the pandemic: 22%, up from 13% who said that in a survey in April last year.

More highlights from the survey: