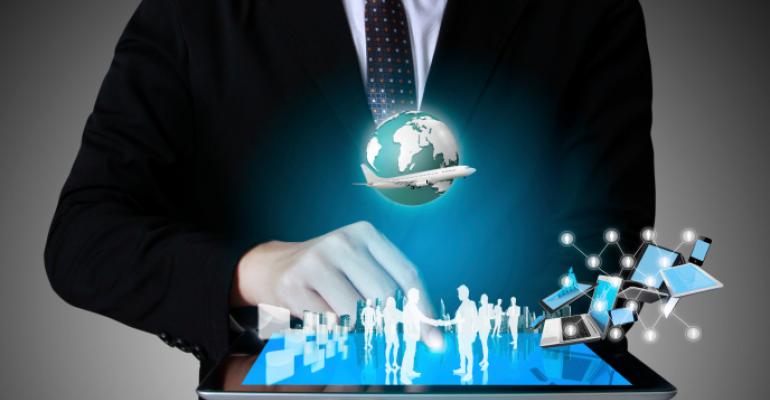 The Next Wave of Online Advice

Since the financial crisis, a number of companies, from Silicon Valley start ups to established financial firms, have made big bets that individual users will increasingly get financial advice, portfolio strategies and clear performance metrics directly from online platforms. For some, this heralds the demise of the flesh-and-blood financial advisor, an unjustified fear we wrote about in June, 2012.

The hype that portals like Betterment, WealthFront, LearnVest and Personal Capital, among others, will eliminate the need for advisors is overblown; but the fact they will drive down the value of an advisor's advice is not. Furthermore, a new crop of platforms slated to be introduced over the next several months could have a more profound effect by helping clients hold advisors more accountable.

“People are always framing this as, ‘Are advisors going to be replaced by computers, or is this a total collapse?’; it’s more nuanced than that,” said Grant Easterbrook, analyst at Corporate Insight and author of a new report on online advice start-ups. “I really think what these firms will do in the long term is more drive down the cost of portfolio selection and investment selection.”

According to Easterbrook’s report, new algorithm-based advice services are in the works, including Financial Guard and Quovo, expected to launch in the fourth quarter of this year, and NestEgg Wealth, expected to come out in late 2013 or early 2014. Invessence, a new low-cost online managed account system, should go live by the end of this year. New online financial planning tools Plumvo and iQuantifi are in beta testing.

These algorithm-based platforms are arguably better at holding advisors accountable than many of the earlier iterations, Easterbrook said. Clients can see all their accounts in one place, so if they’re using a full-service advisor, it will highlight how much they are paying in load fees. Users also get feedback on how much money they lost by trading and how much money they could’ve had if they had been in index funds instead of high-fee mutual funds.

“Whereas before someone may have simply grumbled about, ‘Is my advisor doing what’s best for me?’” Easterbrook said. “They can look in front of them and see how much money they’re losing, and that really changes the game.”

And these platforms are not just attracting next generation investors. At one point Wealthfront had no clients over the age of 50; one year later, 10 percent of their clients were 50 or older, said Stephanie Bogan, senior vice president of client experience and training at United Capital Financial Advisors. The advice may not be as good, and the personalization won’t be there. But they will make pricing more competitive. As consumers get more information online, they expect to have products and services delivered to them faster, and better.

Dave Welling, senior vice president and general manager of Advent’s Black Diamond group, said the pricing pressure has hit the custodians, the exchanges, the retail side and the tech vendors, but it hasn’t hit advisors yet.

So rather than thinking about the online advice sites as a threat, advisors should think about what they can learn from them, Welling said. For instance, advisors can look to these platforms to improve how they communicate with clients, via iPads, digital portals or virtual messaging. Firms without portals where clients log in, get individualized returns and research, will be the dinosaurs. The era when an advisor will deliver quarterly statements to a client and go over them in person is fading. Clients will have access to their portfolio performance all the time, in real time.

Cerulli Associates found that investors are quite conflicted when it comes to their relationship with their financial advisors. On the one hand, fewer investors say they primarily rely on their advisor for advice, dropping from a high of 36 percent in 2008 to 32 percent in 2012. At the same time, more individuals say they are willing to pay for financial advice, with the percentage rising from 35 percent to 37 percent between 2010 and 2012.

“The overall result of these trends has been a moderate shift of investors away from traditional advisor models and into more flexible advice arrangements,” Cerulli said. “Traditional advice channels must reinforce the value of comprehensive planning through personalized advisor relationships if they wish to maintain their margins and marketshare.”

The growth of direct-to-investor platforms, such as E*Trade and Schwab, are already outpacing that of advisors, Cerulli says. Between 2008 and 2012, direct-to-investor assets grew 16 percent, versus an increase of 9 percent for advisor-intermediated assets.

To prevent the erosion of their business, flesh-and-blood advisors will have to have technological chops that at least matches the technology a client can get on his own—a high-quality graphic user interface for one—and trim down the number of in-person visits to once a year, said Scott Smith, director of research at Cerulli.

As lucrative clients and advisors retire, prospecting will shift to Generation X in their primary years and then Generation Y, Easterbrook said. The direct brokerages, which already have a lot of young investors, are in a good position to capture that demographic group as they move into their peak earning years.