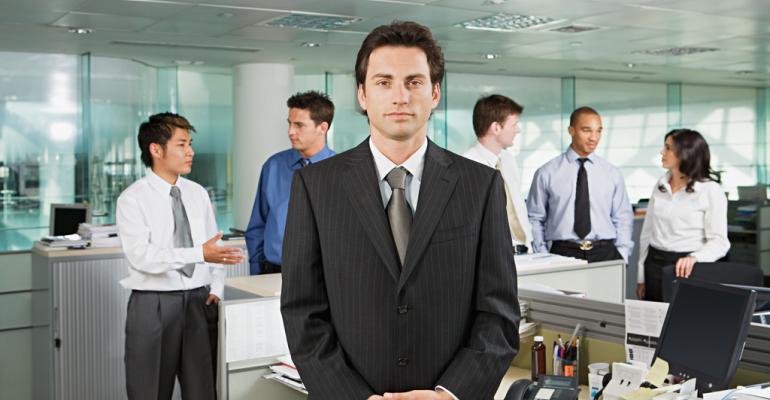 At a time when the financial services industry is busy courting young advisors, a new study by Pershing shows that Generation Y wealth managers may be slightly more attracted to wirehouses than the independent space.

With one in five owners of independent shops planning to exit the business within seven years, there is a race to fill the seats with younger talent. Yet it turns out younger advisors are not as satisfied with the independent model as much as older advisors, according to a new study released Tuesday by Pershing.

The study found that younger advisors are seeking strong technology platforms and career support, and that those traits are usually more prevalent within the wirehouses than at independent advisory firms.

“Independent may be a great draw in terms of a business model—the idea that you can do what’s best for your clients and make your own decisions—but for the younger generation of advisors, it’s a little bit of a drawback in terms of how their career gets developed,” says Kim Guimond Dellarocca, a Pershing director.

The gap can be attributed to the difference in traits and outlook of younger advisors versus older advisors. Unlike advisors over 50, advisors between the ages of 25-39 overwhelmingly describe themselves as “technology-embracing” and almost half identify as “team-oriented.”

Rather than going it alone in the independent space, the study found that advisors were more likely to prefer the home office support—business and marketing plans, team structures and structured training—that has traditionally been provided by the wirehouses.

And the younger advisors aren’t likely to outgrow that need for structured learning and team interaction says Cam Marston, an expert on generational demographics and founder of Generational Insights.

“No doubt that the younger generations entering the workplace are seeking a very structured training process, where the agenda or the syllabus is placed in [front of them] early so it’s easy to follow and you know the outcome”

While younger advisors haven’t been in the senior levels long enough to definitively say this trend will continue, their educational experiences suggest that it will, he added.  When in school, millennials’ desks were turned in a circle and students worked as a group, Marston said, noting that the group mentality attitude will continue to form their outlook.

“My suspicion is that as I study the characteristics of the generation, there will still be a great demand for new, formal learning opportunities, maybe not as frequent, but still very much structured,” Marston said.

While the study found that wirehouses provided more of the learning and support that younger advisors crave, the firms do not inspire loyalty. Almost half the advisors surveyed felt their firms’ brand had been “tarnished.”

In order for independent firms to successfully recruit and retain Generation Y advisors, Pershing’s study recommended that firms invest in technology and training.  Not only training in the business, but also training in how to interact with clients, especially baby boomers, says Marston.

Additionally, recruiting conversations should be focused on the future career possibilities, rather than the struggles and challenges firm owners have faced in building their business.

“There is a part of us that we want to say do you know what we’re giving you today, but they don’t want to hear it, they really don’t,” says Barbara Hudock, founder of Hudock Moyer Wealth Resources.

Instead, firm owners should talk about the future of the firm, growth opportunities and mentoring programs when recruiting millennials, Marston advised.

But why bother? Generation Y advisors are not only key to succession planning, but they are also poised to help exploit the newest technologies for running an effective business, Marston said. Generation Y advisors also have an advantage in bringing in younger investors, who will represent 50 percent of the U.S. workforce by 2020.

“Firms need to think about how to recruit and retain younger advisors by understanding their drivers and motivations—and convey to them that being an advisor is a rewarding and fulfilling career,” Dellarocca said.