We all know one—the practitioner who tries to do too much. It’s usually the product of how you’re raised, particularly something that becomes engrained in practitioners during their time in law school—“law students don’t normally work on group projects or take tests together, typically that’s called cheating,” says Hersch. The problem with that thinking is that the idea of having to do it all on your own carries over when a practitioner starts to run his own practice.

Instead of trying to do it all, practitioners should focus on “What do I do uniquely well?” and “What are things I do that I don’t add value to?” according to Hersch. By surrounding yourself with team members who do things well that you don’t like to do or shouldn’t be doing (i.e. administrative tasks), you are actually adding value to your firm by carving out more time to focus on the more important tasks and preventing yourself from getting burned out.

Mistake No. 2: Selling Documents Not Processes
Pattanaphong Khuankaew/iStock/Getty Images Plus

Practitioners tend to sell documents. The problem with that, says Hersch, is that you’re “Spilling the candy in the lobby” – telling the clients what they need before you’ve been retained.

Clients usually don’t understand the difference between one practitioner’s documents versus that of a competitor. And while Hersch stresses that it’s important to prepare good documents, it’s not what you’re selling. The practitioner is in the business of selling client value and relationships. Hersch says when he was starting out, he would often think that “If the clients would just leave me alone, I would get the work done,” and that it occurred to him that it’s necessary to create systems and processes to be able to do so.

Mistake No. 3: Not Upgrading Technology
primipil/iStock/Getty Images Plus

Most lawyers would argue that they’re in fact using the most up to date and cutting-edge technology. However, there’s other backstage software systems available, many of which are cheap or low cost or even free online that can make your team as productive and efficient as possible. Furthermore, Hersch adds, most attorneys aren’t using good front stage technology, for example, the company website. Ninety nine percent of websites are static; good websites should be interactive, for example capturing names and email addresses of those that interact with it, suggesting other services/products that may be relevant, etc. “Most attorney websites aren’t doing that and that’s a mistake,” says Hersch. Front stage technology should also be relevant.

Lunches and other meetings with your centers of influence and continuing to interact with referral sources are still important, Hersch muses. However certain print ads and other methods are old school. New school marketing is capturing people looking at your website and figuring out what you can do for them to do add value. For example, when writing a book for clients, be careful to write in layman’s terms and keep it concise. Also, once published, the book can be promoted as a giveaway on the company website, requiring clients and potential clients to fill out their name, email, etc., in order to download a copy.  These new marketing techniques can go hand in hand with the above mentioned technology upgrades to get results and differentiate the practice.

Mistake No. 5: Failure to Take Time to Work on the Practice, Not Just in the Practice
cyano66/iStock/Getty Images Plus

“Most fail to take time to work on their practice rather than in their practice,” says Hersch. Getting stuck in day to day minutiae can take away from time that can be spent elsewhere. Practitioners need to focus on what they can do to give themselves more freedoms; freedom of time, freedom of money. As Albert Einstein famously said, “The definition of insanity is doing the same thing over and over again, but expecting different results.” If you find yourself in that trap, first thing you need to do is work on the practice. For example, engage in a coaching group that gets you out of the office and interacting with other likeminded people. 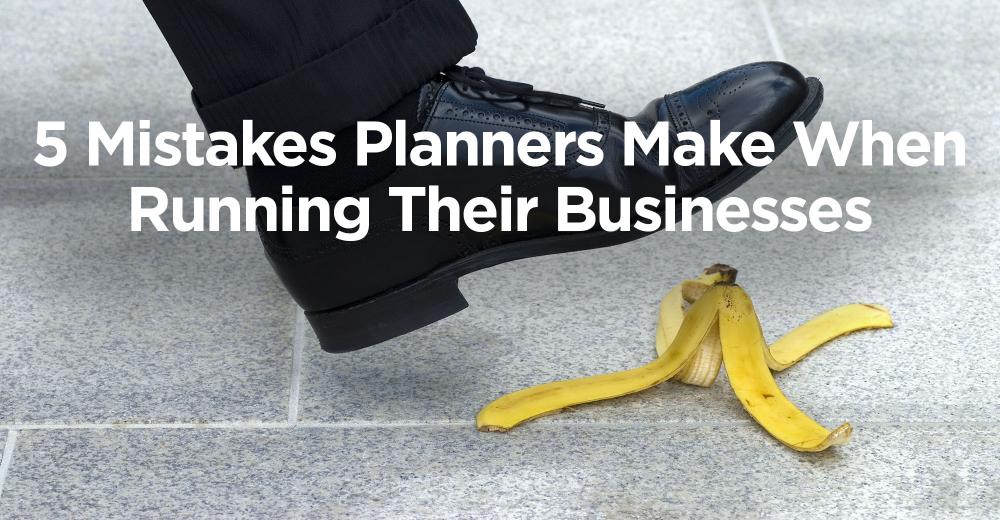