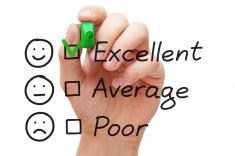 Does your IBD make the grade? Take the survey for a chance to win a $200 Amazon Gift Card

World’s Best Stock Rally This Year Was Really Just an Illusion
Dec 30, 2016
Venezuela's currency, the bolivar, has been freefalling. Yet the official foreign-exchange rate has been locked since March.

Hedge Fund Agonistes: Not Even Donald Trump Can Ease the Pain
Dec 29, 2016
2016 marked the beginning of the end of hedge funds as we've known them.

Hedge Fund Winners, Losers Emerge as Trump Revival Beckons
Dec 20, 2016
As 2016 draws to a close, things are looking up for beleaguered hedge funds.

How Trump Has Changed the Outlook for 2017
Dec 19, 2016
Everything is awesome? The markets think so.

Wall Street's 2017 Forecasts Are Doomed If Trump Doesn't Follow Through On Campaign Promises
Dec 16, 2016
There is a lot of room for error

Bond Traders Risk Losses If 2017 Goes Groundhog Year
Dec 14, 2016
The Fed is expected to raise rates now and repeatedly throughout 2017. But what if they're wrong again?
Load More