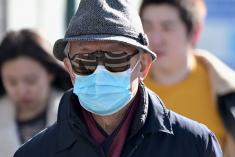 Supreme Court Backs President’s Power to Fire CFPB Director
Jun 29, 2020
While the justices sided with the Trump administration in the separation of powers clash, it stopped short of abolishing the agency altogether.

ESG Investors Are Confronting a Race Problem of Their Own
Jun 25, 2020
The lack of Black people and other minorities may explain why the world of ESG has fallen short on pushing corporations on race.

Banks Get Easier Volcker Rule and $40 Billion Break on Swaps
Jun 25, 2020
The Federal Reserve, Office of the Comptroller of the Currency and Federal Deposit Insurance Corp. approved changes to the Volcker Rule Thursday that let banks increase their dealings with certain funds by providing more clarity on what’s allowed.

Wall Street Frets Over Investing 101 as Hedging Gets Dangerous
Jun 23, 2020
Money managers are digging deeper to find hedges to stocks and bonds.

ETF Issuers Face ‘Major Missed Opportunity’ in Model Portfolios
Jun 23, 2020
While model portfolios have existed for years, ETF issuers are looking to the packages to power the next leg of growth for the $4 trillion industry.

One Month of Fed ETF Buying Redraws $4 Trillion Market Contours
Jun 18, 2020
The degree to which the fixed-income ETF landscape has stabilized is just another example of how powerful the Fed’s interventions have been in soothing -- and stoking -- financial markets.

Wall Street Greets WisdomTree’s Bitcoin ETF Plan With Doubt
Jun 18, 2020
WisdomTree Investments plans to launch a fund that could invest as much as 5% of its net assets in Bitcoin futures traded on the Chicago Mercantile Exchange.

U.S. Family Offices Lead Global Ranks With $396,000 Salaries
Jun 16, 2020
There are more than 10,000 single-family offices globally, at least half of which were started in the past two decades

Morgan Stanley Sued for Race Bias by Former Head of Diversity
Jun 16, 2020
Marilyn Booker claims in her lawsuit that senior leaders at Morgan Stanley refused to adopt her plan to address racial bias at the firm and instead terminated her.
Load More