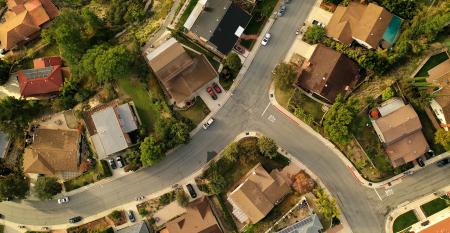 A Longtime Fidelity Manager Sold GameStop, and Has Some Regrets
Jun 24, 2021
Joel Tillinghast says "of course I kick myself" over exiting his position in the meme stock.

BlackRock ETFs Get Billions Via Trades Hinting at Tax Avoidance
Jun 24, 2021
The five ETFs collectively lured about $13.5 billion on Wednesday amid the rebalancing of the FTSE Russell...

Dozens of Ex-Sears Stores to Hit Market as CEO Culls Assets
Jun 24, 2021
Seritage Growth Properties wants to unload 40 to 50 sites as it tries to generate cash for redevelopment of more attractive holdings.

How to Separate Real ESG Funds From the Not-So-Real
Jun 23, 2021
This is now a question for the U.S. Securities and Exchange Commission, as the regulatory watchdog wanders into a thicket of inconsistent standards.

Gensler Says Assets Worth Trillions May Need Tighter Rules
Jun 23, 2021
The SEC Chair said he’s directed the agency’s staff to review how to toughen a slew of regulations that touch everything from meme stocks to blank-check companies.

Fannie, Freddie Plunge as High Court Deals Blow to Investors
Jun 23, 2021
The suing investors targeted the 2012 agreements that let the federal government collect more than $300 billion in profits from...

Brookfield, Tishman Bet Billions on Workers Returning to Office
Jun 23, 2021
Even as others fret about the future demand for office space, Tishman Speyer spent $12 billion over the past year on deals it...

DWS Weighs Sale of $600 Million Omnicom London Headquarters
Jun 22, 2021
The asset manager has appointed advisers to gauge buyer interest in the Bankside 2 and 3 buildings on the south bank of the...

Where the World’s Richest 1% Are Gaining Wealth the Fastest
Jun 22, 2021
Brazil’s rich boosted their share by 2.7% last year to make up almost 50% of the nation’s wealth, the most of 10 countries cited in Credit Suisse's Global Wealth Report.

A Record Buyout Is Just the Start as Wealthy Flee U.S. Tax Hike
Jun 22, 2021
The threat of higher capital gains taxes prompted the Mills family to sell part of Medline Industries to a consortium of Wall Street investors before the end of 2021.

Engine No. 1 Is Coming to Shake Up the $6.5 Trillion ETF Market
Jun 22, 2021
After the victory over Exxon, the tiny investment firm is launching its first ETF with a new twist on green investing.
Load More