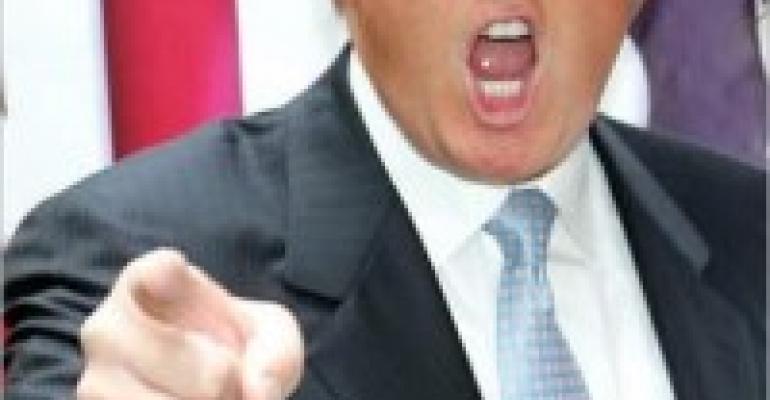 Americans do not think God would do a great job of managing their money. Given a choice, they would rather get financial advice from The Donald than take it from the Bible, according to research released Wednesday that was conducted by Harris Interactive for the American Bible Society.

Not necessarily. Survey respondents were not given the option of consulting a true financial advisor. They had to choose between four alternatives: Walt Disney, the Bible, Kim Kardashian and Donald Trump. Some 10 percent of respondents aged 18-34 chose Kardashian.

The research also indicated that a full 86 percent of Americans don’t follow what advice the Bible does offer for managing one’s money, and a quarter of these respondents think they would have more money if they did.

Some of the advice in the Bible might be awfully difficult to follow. For instance, how to comply with this directive? “Honor the Lord by giving him your money and the first part of all your crops. Then you will have more grain and grapes than you will ever need.” (Proverbs 3:9-10.) How much money, and what if you don’t have crops? On the other hand, this one seems like pretty good advice: “Sometimes you can become rich by being generous or poor by being greedy.” (Proverbs 11:24.)

The American Bible Society together with Compass-Finances God’s Way recently released a study guide called The Financial Stewardship Bible, which outlines over 2,000 Bible verses that deal with money and finances. The two examples above were taken from that guide.

The survey was fielded between February 16 and 20 among 2,262 U.S. adults ages 18 and older. The results were weighted to the general adult population of the U.S.