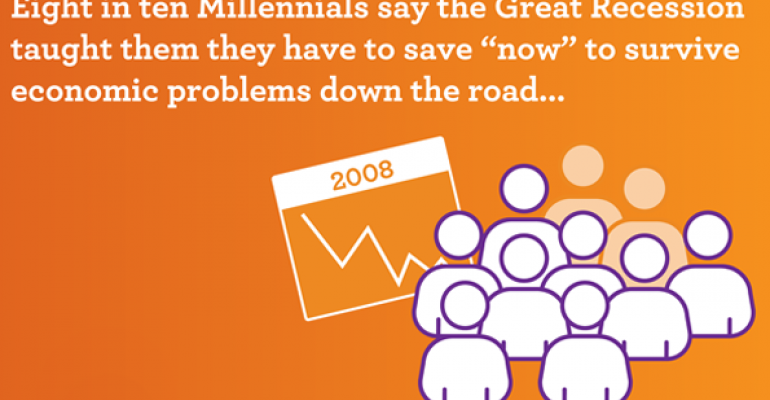 Saving Comes Second for Many Millennials

With the bills piling up, almost half of millennials say they don’t have the funds to save for retirement right now. And over half believe they can’t afford a financial advisor to help them along the way.

In a survey of over 1,600 individuals between the ages of 22 and 33, the 2014 Wells Fargo Millennial Study found that while 80 percent of millennials say the recession taught them to save for retirement, almost half (45 percent) still aren’t. Why? Of those not saving, 84 percent say it’s because they “do not have enough money to save right now,” the study reported. 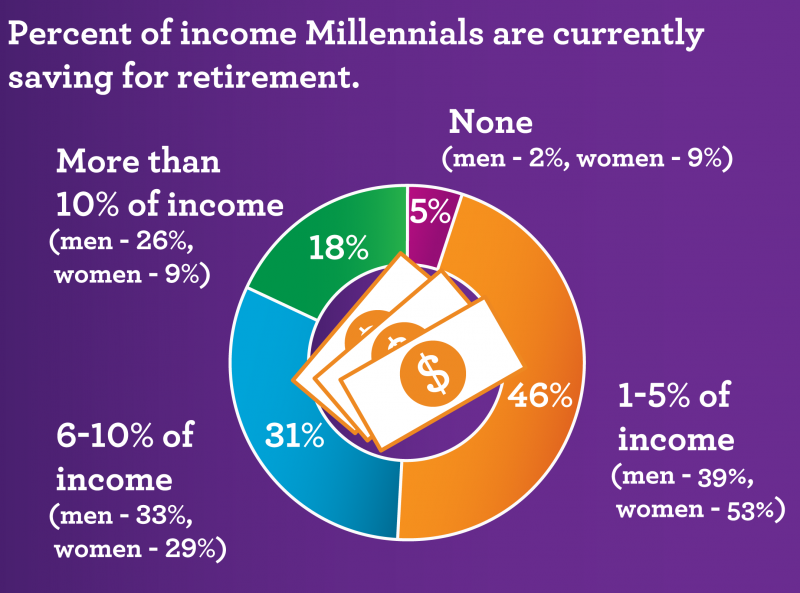 Part of that may be debt, which 42 percent say is their biggest financial concern right now, with four in 10 millennials saying that debt is overwhelming. Over half (56 percent) are living paycheck-to-paycheck, according to the study.

Unsurprisingly, the biggest financial concern for millennials once they’ve paid the bills is paying off student loans, with about a third saying this is their number one stressor. The next biggest concern? Credit card debt. About 16 percent say they’re worried about their credit card bills.

The study found that overall, 47 percent of millennials are putting half or more of their paycheck to debt, including student loans, as well as credit card, auto, mortgage and medical bills.

For those millennials who have started saving, almost half (46 percent) are only saving 1-5 percent of their annual income, with about a third saving 6-10 percent. Only 18 percent have the means or motive to save more than 10 percent, the study found.

To help with their goals, 16 percent are using a paid professional, up 8 percent from the 2013 study results. Over half (57 percent) of millennials say they’d trust family first to help make financial decisions, followed by 54 percent who cited financial institutions and the 50 percent who cited personal finance experts and personalities.