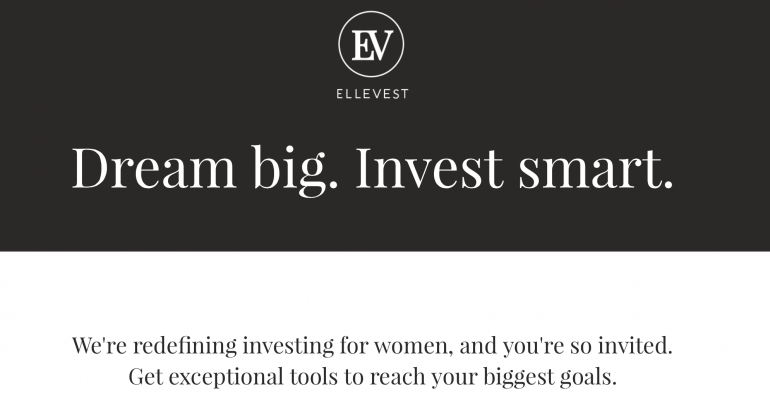 Krawcheck, who also currently serves as head of professional women's network Ellevate and chair of Pax Ellevate Management, said Monday that Ellevest is aiming for a 2016 launch and interested investors can sign up on the site now for early access.

3/ .@Ellevest will be designed to address a #gendergap that hasn't gotten as much attention: the gender investing gap

"It’s time to give women an investing experience built specifically for them," Krawcheck said in a statement Monday. "Ellevest will be unlike anything else out there and will empower women to take financial control of their lives.”

Former founder of Andera, Charlie Kroll, helped get the project off the ground and will serve as president and COO of the new robo advisor platform. Kroll's LinkedIn page notes that he co-founded Ellevest and has been working for the New York-based company for the past 11 months.

Ellevest has already raised $10 million in Series A funding round led by Morningstar, according to Business Insider. Other investors include Allianz’s Mohamed El-Erian, Mastercard CEO Ajay Banga and former Citigroup COO Robert Druskin.