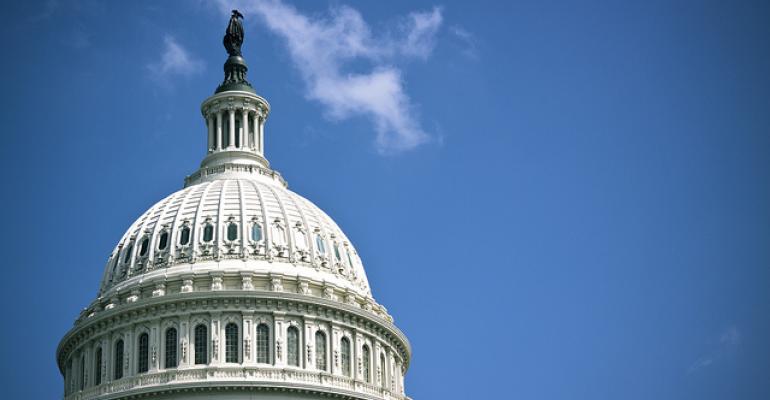 House Republicans pushed back against the DOL’s fiduciary initiative on Wednesday, approving legislation aimed at stalling the labor agency until the SEC had a chance to propose rules.

The House Financial Services Committee approved (44-13) Missouri Congresswoman Ann Wagner’s bill that would force the DOL to back off down from proposing new rules amending the definition of a fiduciary under ERISA. But don’t expect that to stop Phyllis Borzi, who has said a new rule will be released in a “couple of months.”

Wagner’s bill—introduced Friday—requires that the DOL wait 60 days after the SEC publishes a rule regarding a brokers’ fiduciary duty before releasing its own. Additionally, the proposed legislation calls for the SEC to conduct analysis todetermine if investors would be “systematically harmed or disadvantaged” by the rulemaking.

“No, I’m not surprised the bill passed committee,” says the Investment Adviser Association’s executive director David Tittsworth. “It clearly had the blessing of Chairman [Jeb] Hensarling.”

But Tittsworth added that Wednesday’s vote was just the first step in a long legislative process. For the Wagner’s H.R. 2374 to become a law, it will have to pass both the House and the Democrat-controlled Senate, as well as signed by President Obama. And that’s not likely to occur.

“It probably can pass the House, similar to Garrett’s cost-benefit legislation,” Tittsworth says, but the Senate remains a stumbling block, not to mention the administration. Former ranking member of the Senate banking committee Richard Shelby (R-Ala.) proposed S.450, “Financial Regulatory Responsibility Act of 2013,” in March, but has been unable to get a hearing on the bill.

But will the Congressional interest put pressure on the DOL to independently postpone its re-proposed rule? Probably not, Tittworth says. Although the DOL withdrew its proposed rule in 2011 after massive industry and Congressional backlash, this time Borzi has made it clear the amended fiduciary definition is a top priority.

In comments to reporters during Insured Retirement Institute's regulatory conference on Tuesday, Borzi confirmed Congress would have “will have little to no effect” on the DOL’s reproposal of its fiduciary rule, AdvisorOne reported.  When asked if the DOL was going to wait on SEC’s rulemaking, she responded “of course not.”