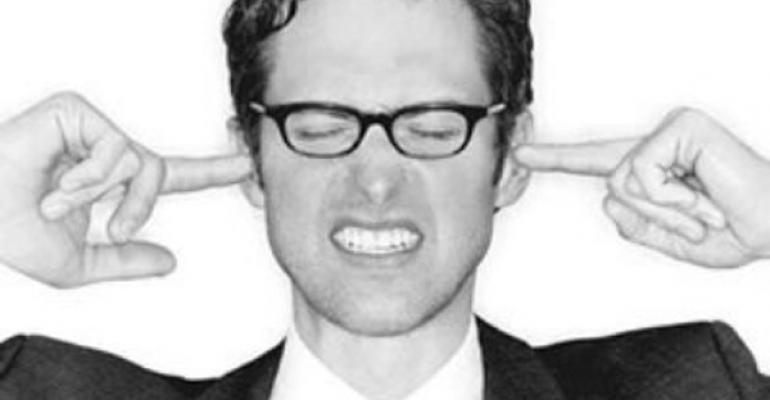 Much to their chagrin, 59 percent of advisors say clients who wanted to deviate from their investment plans in 2012 relied on information provided by the media, family and friends, according to Russell Investment’s financial professional outlook survey released Thursday.

Two thirds of advisors said that clients strayed from investments plans in 2012 in an attempt to reduce percieved risk—which is perplexing considering that the Dow was up 7.3 percent for 2012, while the S&P climbed 13 percent. The report suggested that “scary global political and economic headlines” were partially to blame for this disconnect, suggesting that advisors handle investors’ qualms by revisiting client goals and asset allocations.

"Many investors fall victim to two behavioral biases. The first is recency bias, which occurs when an investor assumes the patterns they have experienced will continue indefinitely. The second is availability bias, which occurs when an investor places more weight on the information they see most frequently," said Rod Greenshields, consulting director for Russell's U.S. advisor-sold business.

"For many, these biases have amplified the political, economic and market events of the past few years, distorting investor perceptions of market volatility and reducing some investors' ability to stay focused on their long-term plans," he added.

Of those “Nervous Nellie” clients, advisors say those in the Silent Generation (those born between 1925-1945) are the most pessimistic about the strength of the capital markets over the next three years, while Gen X seem to be the most optimistic.

This isn’t surprising, according to Greenshields. “Investors near or in retirement likely suffered the most trauma in recent years,” he says. “Not only did they likely have larger portfolios affected by the global financial crisis, but they also had the most riding on those portfolios--their lifetime retirement income."

Looking ahead, the survey of 479 financial advisors revealed that reps are planning to emphasize the importance of plans with long-term goals this year. Some advisors also said they telling clients that a "buy and hold" strategy may not be the best approach in today's investment environment.