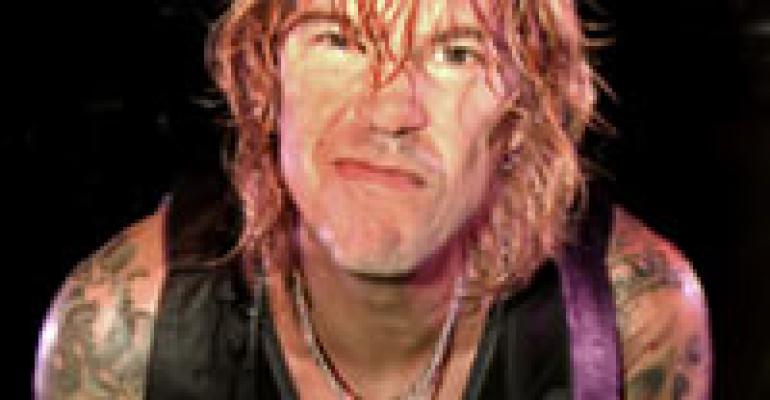 The New York Post has a fun short about another entrant into the financial advisory business: the former bassist for Guns N' Roses. Duff McKagan got into finance after his pancreas burst from excessive drinking. Having made millions in the 1980s and 1990s, he began to actually read his financial statements while convalescing. His goal?

McKagan wants to help other musicians keep track of their money. Instead of wanting to party with Duff, do you want to invest with Duff? Hope his venture works out better than former New York Mets star Lenny Dykstra, who once was a featured columnist (on options) at TheStreet.com. His efforts to help pro athletes invest wisely turned out to be a disaster. The financial planning and lifestyle magazine was called The Players Club --- which has a distinct pornographic sound to it, at least in my opinion. Anyway, Dykstra's failed business ventures have put him in bankruptcy. Indeed, advising pro athletes and celebrities is a specialized advisory business. If you have a second, here is an excellent article about Lenny that appeared in GQ. It was written by a former NY Post photo editor. The name of the article: You Think Your Job Sucks? Try Working for Lenny Dykstra.