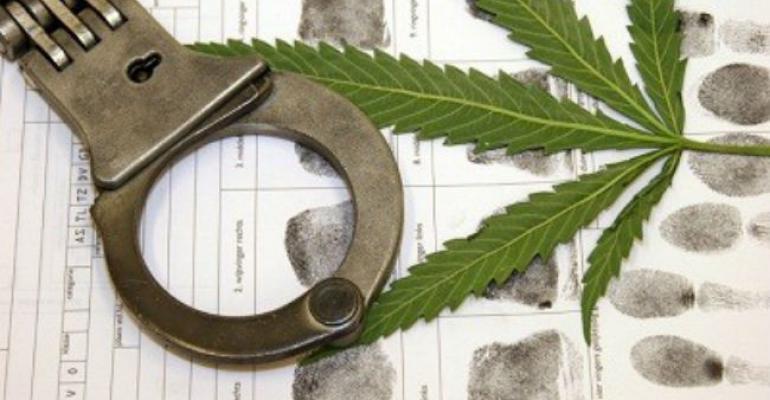 Although not registered with FINRA or the SEC, Michael Reed Peru, 70, copped to being a financial advisor for Brian's Green Thumb Farm after his son was arrested in June 2011 for delivering 12 pounds of marijuana to an undercover cop.

While Brian’s Green Thumb Farm was registered as a medical marijuana grower, the farm was only supposed to be producing 114 pounds for 76 patients.  Following the arrest of Reed Peru, DEA agents raided the farm, finding 2,000 pounds of semi-dry marijuana, 1,000 pounds of dried marijuana and 520 live plants.

Hoping for a lighter sentence, Peru cooperated with the police and handed over financial details of the operation, including that it had made almost $800,000 in the 2009-10 growing season.

Peru’s cooperation—for which the U.S. Attorney’s office recommended a 2-year sentence instead of the mandated 5-year term—led to the arrest and prosecution of Peru’s five co-conspirators.

The ringleader, Brian Simmons, was sentenced to 15 years in federal prison for his part in running the illegal operation. Two others are awaiting sentencing and the fifth member was acquitted during a federal trial.