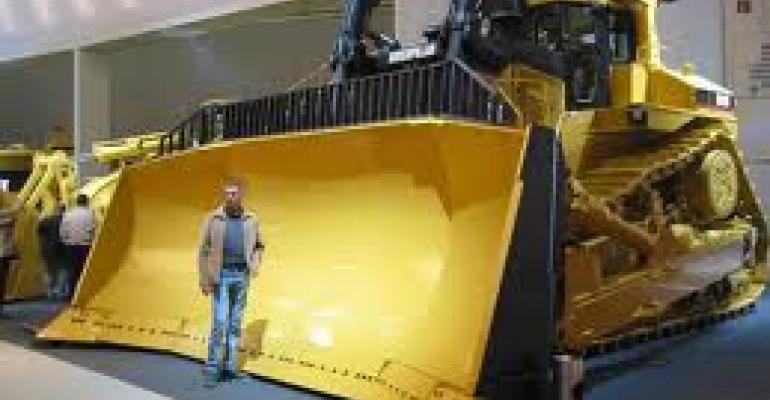 The Exporting of U.S. Jobs Lie

You've heard the argument a million times ring from the lips of demagoguing populist politicians. The argument is this: "Those evil corporate fat cats are crushing the middle class by exporting jobs overseas to make more money for themselves." That statement is patently untrue, but, alas, lives on . . . and on and on. Take the case of Caterpillar (Ticker: CAT). (By the way, this might be a good topic to teach your clients, if it ever comes up in small talk --- shows you think independently and understand macro issues, and that you are not blinded in your financial planning by some political ideology.)

In the Financial Times today, reporter Hal Weitzman notes that two-thirds of Caterpillar's revenue is derived outside of the U.S. But, the article says, the company "plans to spend a total of $3bn this year in capital expenditure.

"In recent months, the manufacturer has announced plans for new factories in Singapore, Thailand, China and Brazil.

"In the US, it is building a new distribution centre in Washington state while expanding its factories in North Dakota and Kansas.

Who says a U.S. domiciled company growing business globally is bad for the U.S. worker? By the way, I came upon this from the Cato Institute's blog, [email protected]. Cato's Daniel Griswold aruges, "The Caterpillar experience shows that job creation is not a zero-sum game, where jobs created abroad by U.S. companies must come at the expense of production and employment in the United States."