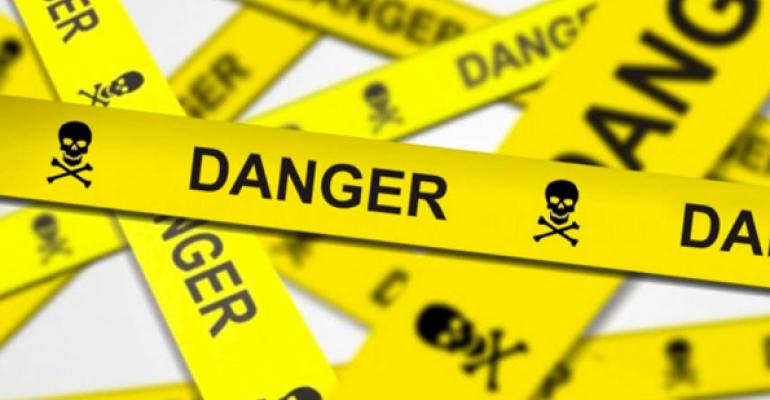 This week we have another software as a service (SaaS) company in the Danger Zone. Last week we featured market leader Salesforce.com (CRM), and this week we look at the challenges facing NetSuite (N).

In many ways, N offers the same downsides as CRM (dangerous valuation, challenging competitive landscape, etc.) with even worse margins, less scale, and less industry influence. Whereas CRM has focused largely on customer relationship management, N spreads if offerings across a broader array of applications for enterprise resource planning (ERP), accounting, financials, and customer relationship management. Instead of leading in one segment, N has found itself a minor player in several. N significantly lags behind its peers in several profitability metrics

Revenue Growth Not All Its Made Out To Be

N has grown its revenue by 23% compounded annually over the past five years while hemorrhaging cash as operating cash flow (NOPAT) has wallowed between -$15 million and -$30 million every year.

First, the SEC has questioned NetSuite’s revenue growth. In a letter from February of last year, the SEC raised concerns over the amount of revenue growth driven by customer renewal and advised N to provide data for renewal and churn rates. N’s 2012 Form 10-K reveals that of the company’s $53 million increase in subscription and support revenue, almost $6 million (11%) came from an increase in revenue from existing customers. N may not be attracting quite as many new customers as its revenue growth would suggest.

N grew revenue by $72 million, or 31%, in 2012. However, $19 million (26%) of that growth came from the company’s “Professional Services and Other” segment, which has had on average negative gross margin since 2008 when N first broke it out on the income statement. N appears to have no plans to earn a profit from this segment, as the company discloses on Page 40 of its 2012 10-K “We view professional services as an    investment in customer success to ensure that we continue to get recurring subscription and support revenue.”

N’s executives have an incentive to boost revenues at the expense of profits as 70% of their bonuses are determined by revenue growth. The industry norm for incentives is to equal weight revenue, operating income, and operating cash flow, so N is providing extra incentive for executives to grow revenue while ignoring shareholder value.

During the past five years executive compensation and shareholder value have gone in opposite directions. Key executives have earned $63 million while shareholder value, as measured by economic earnings, has decreased $169 million. In 2012, while NOPAT, economic earnings, and GAAP net income were all in the red, key executive compensation still managed to increase 68%. This increase includes a 74% increase for CEO Zachary Nelson and an 80% increase for CTO and Chairman of the Board Evan M. Goldberg.

It is never a good sign when management makes more money while company profits languish.

As mentioned above, several other small SaaS companies compete with N, but it also faces competition from larger firms that integrate established solutions with new cloud-based offerings. So far, the big firms have struggled to transition to the cloud, but that struggle will not last long. N CEO Zach Nelson gloated over the struggles of SAP’s Business ByDesign software in the 3Q earnings call, and N is actively trying to poach SAP customers. However, Oracle (ORCL) has also aggressively marketed its ERP cloud products to Business ByDesign customers. The big on-premise enterprise software companies are making the transition to the cloud, and they have resources and existing client connections that N can only dream of.

In addition, the big enterprise software firms like MSFT and ORCL have large and growing piles of cash on their side. They can afford to spend big bucks on improving their products and price those products that compete with N or any other smaller firm at below cost for as long as it takes to put smaller firms out of business. This offer by MSFT proves that the cost of switching to an established firm’s cloud offerings is getting easier and cheaper. The lower the switching costs the harder for less established firms to compete with MSFT and ORCL.

Worse yet, N’s products are more expensive than their more-established peers. Commanding a higher price works only if you have a significantly better product. Even if N has better products now, they will have a hard time keeping that edge as their lack of cash flows prevents them from investing as much as their more profitable competitors in product development. Figure 2 shows that NetSuite’s largest competitors offer cheaper alternatives to its CRM+ software.

NetSuite’s high-end pricing has to raise questions about its ability to achieve significant margin expansion going forward. I do not see how they can raise prices by much. And cutting costs only undermines the quality of their offerings. NetSuite’s path to profitability is not clear.

N is even more expensive than Salesforce. N’s current valuation of ~$101/share implies that the company will immediately attain 15% pre-tax margins and grow revenue by 30% compounded annually for 15 years. It is hard to make a straight-faced argument that the margin expectations are attainable, even harder for the revenue growth expectations. Attaining both as the stock price implies is hard to imagine, to say the least.

If we assume N can expand its pre-tax margin to 10% in a few years and grow revenue by 21% compounded annually for 15 years, the stock is worth ~$25/share.

Clearly, the current valuation of over $100/share has a lot of downside risk. I think there is a fair chance the stock could go to zero unless another company is foolish enough to acquire NetSuite.

Salesforce’s $30 billion market cap is 10 times its annual revenue, but at a market cap of $6.8 billion N is valued at an incredible 22 times annual revenue. How the market has decided N deserves this valuation is beyond me.

Insiders appear to agree that N is overvalued, as over the last six months they’ve sold 1.7 million shares (4% of insider shares held) while making no purchases. CEO Zachary Nelson and other key officers have sold about 800 thousand shares, or 1% of outstanding shares.

This insider selling, combined with the 13% decline for N over the past three months, suggests that this momentum stock may have run out of gas. A buyout looks to be its only hope, but people have been predicting that for over two years. I don’t see many companies wanting to pay much of a premium beyond N’s ~$7 billion enterprise value.