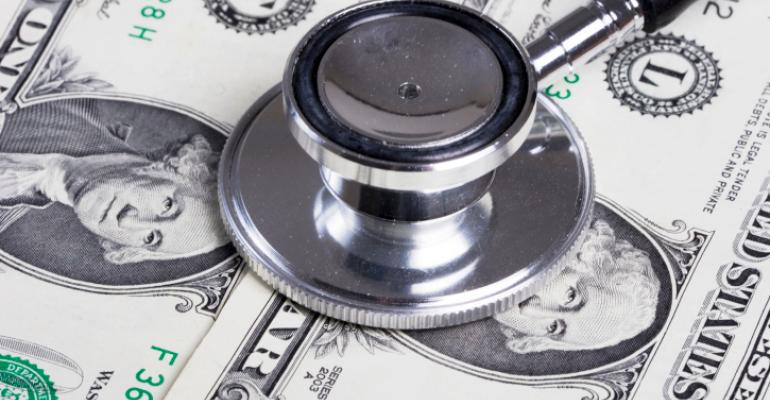 Highlighted here are the provisions dealing—directly or indirectly—with charitable remainder trusts, pooled income funds, charitable lead trusts and charitable gift annuities. The end of this article tells how to make your views known.

• For an individual. Starting in 2013, in addition to any other tax, a 3.8 percent tax is imposed on the lesser of: (A) the individual’s net investment income for the taxable year, or (B) the excess (if any) of (i) the individual’s modified adjusted gross income for the taxable year, over (ii) the threshold amount. The threshold amount(s) are: (1) for a taxpayer filing a joint return or as a surviving spouse, $250,000; (2) for a married taxpayer filing a separate return, $125,000; and (3) in any other case, $200,000. For most taxpayers, modified adjusted gross income is their adjusted gross income. “Modified” applies only to taxpayers living abroad and using the foreign earned income exclusion.

• For an estate or trust. A tax (in addition to any other tax for each taxable year, starting in 2013, is imposed equal to 3.8 percent of the lesser of: (A) the estate’s or trust’s undistributed net investment income, or (B) the excess (if any) of (i) the estate’s or trust’s adjusted gross income for the taxable year, over (ii) the dollar amount at which the highest tax bracket in IRC Section 1(e) begins for the taxable year. Translation. That threshold amount for 2012 is $11,650 (indexed for inflation).

Although charitable remainder unitrusts and charitable remainder annuity trusts aren’t subject to the 3.8 percent medicare surtax (IRC Section 1411), annuity and unitrust distributions may be net investment income to the non-charitable recipient beneficiary. Proposed Reg. Section 1.1411-3(c)(2) provides special rules that maintain the character and distribution ordering  rules of Reg. Section 1.664-1(d) for  purposes  of  IRC Section 1411. The Treasury Department and the Internal Revenue Service say that they “are proposing these rules to determine whether items of income allocated to annuity or unitrust payments constitute net investment income to the recipient beneficiary.”

Amount potentially subject to the 3.8 percent tax. Proposed Reg. Section 1.1411-3(c)(2)(i) provides that “distributions from a charitable remainder trust to a beneficiary for a taxable year consist of net investment income in an amount equal to the lesser of the total amount of the distributions for that year, or the current and accumulated net investment income of the charitable remainder trust.

For high net-investment-income taxpayers, distributions of a CRT’s post Dec. 31, 2012 net investment income will be potentially subject to the 3.8 percent surtax. But income and gains realized in 2012 and earlier won’t be subject to that tax, even though distributed to the beneficiaries after 2012.

• If now is otherwise a good time to sell, take capital gains before the end of 2012.

• If possible, accelerate dividends, interest and other income into this year.

• Before worrying about any of this, determine whether the beneficiary’s net investment income will be above the applicable threshold.

Bottom line. I believe that Treasury and the IRS should be strongly urged by many charities to state in the final regulations that pooled income funds are not subject to the 3.8 percent tax on their short-term capital gains. Pooled income funds are known as the “poor man’s charitable remainder trust.” Most donors have contributed relatively small amounts to the fund because their gifts are not large enough to be separately invested in a charitable remainder unitrust or annuity trust. For public policy reasons, the final regulations should clarify that a pooled fund’s short-term gains aren’t subject to the 3.8 percent tax. Taxes on those gains would, in effect, be a tax on the charities. And if Congress had intended that a pooled income fund’s short-term gains be subject to the 3.8 percent tax, it would have specifically so provided in IRC Section 1411.

Although not specifically identified, those trusts are subject to the 3.8 percent tax on any net investment income that isn’t distributed to the charitable lead beneficiaries. And remember the low $11,650 threshold.

Earnings of funds held by charities for their gift annuity programs aren’t taxable unless the charity runs afoul of the rules under IRC Sections 514(c)(5) and 501(m). But annuity payments (other than the excludable amount—the deemed return of principal) are net investment income to the annuitant. And any capital gain triggered by the transfer of appreciated assets for the gift annuity (under the bargain sale rules) is net investment income to the donor (who may or may not be an annuitant).

Comments and Public Hearing. Before the proposed regulations are adopted as final regulations, consideration will be given to any written comments (a signed original and eight copies) or electronic comments that are timely submitted to the IRS. The Treasury Department and the IRS request comments on all aspects of the proposed rules. All comments will be available for public inspection and copying. Written or electronic comments must be received by March 5, 2013.

A public hearing has been scheduled for Tuesday, April 2, 2013, beginning at 10:00 a.m. in the Auditorium, Internal Revenue building, 1111 Constitution Avenue NW, Washington, DC. Due to the building security procedures, visitors must enter at the Constitution Avenue entrance. In addition, all visitors must present photo identification to enter the building. Because of access restrictions, visitors will not be admitted beyond the immediate entrance area more than 30 minutes before the hearing starts.

Persons who wish to present oral comments at the hearing must submit electronic or written comments by March 5, 2013, an outline of the topics to be discussed and the time to be devoted to each topic (signed original and eight copies) by March 5, 2013. A period of 10 minutes will be allotted to each person for making comments. An agenda showing the scheduling of the speakers will be prepared after the deadline for receiving outlines has passed. Copies of the agenda will be available at the hearing.

An individual is liable for the new 0.9 percent additional medicare tax if his or her wages, compensation, or self-employment income exceed the threshold amount for the individual’s filing status.

Wages that are not paid in cash, such as fringe benefits, are subject to the 0.9 percent additional medicare tax.

Reminder. The new 3.8 percent tax imposed on an individual’s net investment income (discussed earlier) is not applicable to FICA wages, or self-employment income.

© Conrad Teitell 2012. This is not intended as legal, tax, financial or other advice. So, check with your adviser on how the rules apply to you.