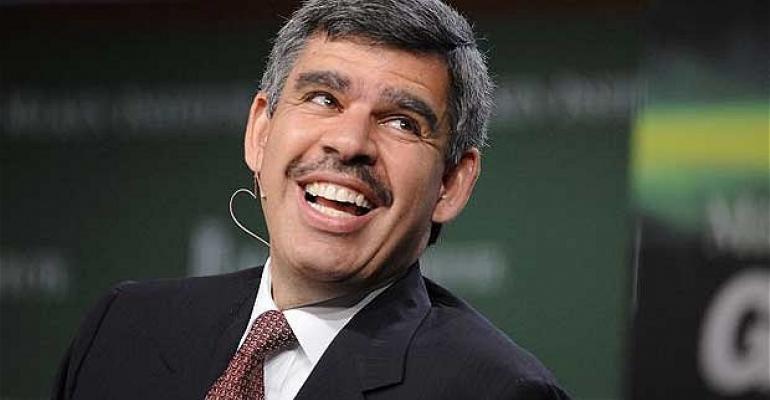 Mohamed El-Erian will step down from his role as CEO and co-chief investment officer of bond giant PIMCO in March, the company announced Tuesday. He served as head of PIMCO for six years. Prior to that, he was president and CEO of Harvard's endowment fund for two years.

Douglas Hodge, currently a managing director in the firm’s Newport Beach, Calif. office, will take over as CEO. Meanwhile, bond guru Bill Gross is not going anywhere; he will continue to serve as chief investment officer.

“Mohamed has been a great leader, business builder and thought leader for PIMCO and our clients,” Gross said in a statement. “Together we have guided the firm and served our clients during a period of significant change in the global economy and financial markets.”

PIMCO has $2 trillion in assets under management in retail and institutional strategies. The firm’s Total Return bond fund was the world’s largest mutual fund, amassing $18 billion in new assets in 2012, according to Morningstar. But the fund has recently taken a hit, and in October, the Vanguard Total Stock Market Index took the crown as the largest. In 2013, PIMCO lost $40 billion to net redemptions, a record for any fund, according to Morningstar.

“PIMCO even had a difficult time within categories that generally saw inflows,” Morningstar said, in its recent report on fund flows. “PIMCO High Yield had the largest outflows for the category, with $4 billion exiting the fund, while other high-yield funds saw inflows, such as Osterweis Strategic Income Fund with a $3 billion inflow.”

El-Erian will continue to serve on the Allianz International Executive Committee, and advise the board of management at Allianz on global economic and policy issues, the firm said.