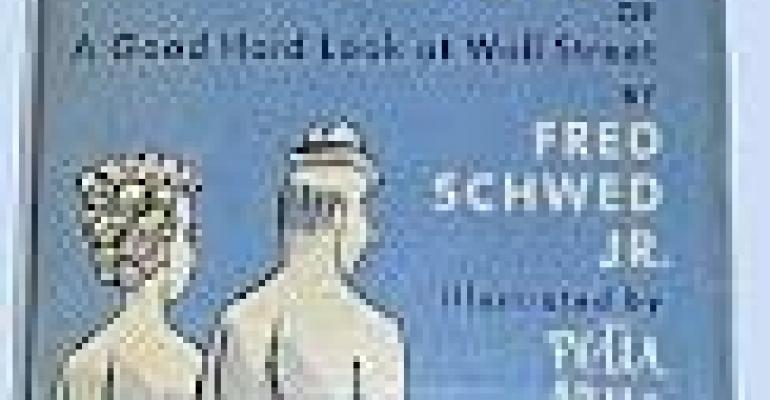 Avoiding the “Next Big Thing” (er, Investment Blow Up)

In our March issue month we’re pleased to feature a piece by Joshua Brown, a financial advisor, a blogger (TheReformedBroker.com) and, well, industry gadfly. We adapted a chapter about financial products to avoid. The excerpt comes from a chapter in Brown’s forthcoming book (McGraw Hill), Backstage Wall Street: An Insider’s Guide to Knowing Who to Trust, Who to Run From, and How to Maximize Your Investments. Yes, the book is aimed at retail investor—but financial advisors my learn a thing or two about how some members of the public view the industry. Also, Brown is hilarious. He writes in a clean, straightforward way that will definitely ruffle industry executives.

The chapter we adapted will be useful for FAs too. It’s called, “Staying Out of the Murder Holes.” Apparently that’s an expression used in the military when entering enemy occupied villages; Brown uses the phrase on financial products that are bad for clients and could blow up your practice.

Here are some examples from Brown’s book on the subject.

On biotechs:“I’ve seen many a broker blow up an entire book of clients with just a single biotech stock that failed to get approval. The broker typi- cally will spend a weekend in Atlantic City recovering from a disaster like losing a few million in assets under management, and by Monday morning he is back on the phones. “I’m in rebuilding mode,” he tells his desk mates as he smiles and dials with the next sexy story. His clients will probably be called a week later when the broker needs to book a loss and move into something else for the commission. That C Class Benz and the bar tab from Atlantic City certainly aren’t going to pay for themselves!”

On private placements: “I am fortunate in that I have never in my entire career pitched or sold a private placement. It was pure luck that I had learned very early on to avoid these murder holes, no matter what. In the late 1990s, as an intern at a brokerage firm, I watched as two men made the rounds all over Long Island and Manhattan pitching private shares of Ranch 1, the popular southwestern fast-food chain. They wined and dined brokers from firm to firm during due diligence lunches and boardroom presentations. All the brokers bought in with their clients’ money—it’s the next McDonald’s,’ went the pitch, ‘and you’re getting in on the ground floor before it goes public!’

“A week later, we found out that the two Ranch 1 representatives were, in fact, just franchisees of a few stores. They had nothing to do with Ranch 1 the corporation. Their documents and private place- ment memorandum (PPM) packets were a work of fiction. Supposedly, they took all the money they had raised and ran away to Israel. At least that’s how the story goes. I never even considered pitching a private placement once I had witnessed that particular debacle; it was all the education I needed.”

Please see registeredrep.com on 1 March for Josh Brown's list of investments to avoid.