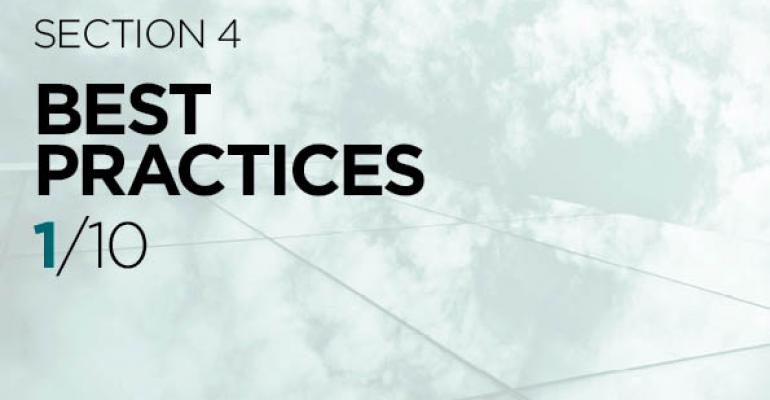 Given the broad and extensive nature of the data collected in this year’s survey, we are able to gain deeper insight into what separates the top performing advisors from their peers. First, in order to identify advisors that we believe lead the industry from the nearly 1,400 we surveyed, we classified them into three groups: large, growing and other. The three groups are mutually exclusive with the large and growing groups representing 5% and 8% of total respondents, respectively. Also, all three channels are represented in each group.

The large group was simply defined by being a member of the largest AUM category, $350 million and above, and is characterized by broad service offerings, well-defined investment discipline, and established success in building their practices. The growing group was defined by two criteria: 1) they had to have moved up a bracket from last year in either AUM, revenues or profits; and 2) they had to offer at least four services, including either financial planning or investment management. The service- offering criterion ensured that we included advisors with both key and diverse offerings, and not simply niche players with less correlation to the overall advisor marketplace. The other group is simply all of those advisors not in the large or growing, providing a control group to which we can compare and contrast.

In prior years we carved out only the top performing group according to growth and service offering criteria but this year’s approach allows us to conduct more granular comparisons and provides greater insight into the practices of the most successful firms.