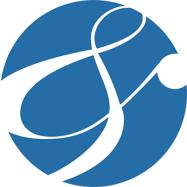 2017 Looks Good For REITs
Dec 30, 2016
REITs may perform well in 2017, apathy could kill the advisory business, and the SEC warns investors about potential scams.

Military Families Shunning Stocks
Dec 29, 2016
Military families shun stocks, The Financial Times identifies the financial services industry as being under serious threat from advances in technology, and college students create their own index.

End-Of Year To-Dos For Retirees
Dec 28, 2016
A list of end-of-year to-dos for retirees, Artnet calls 2016 "The Year of the Fake" and Charles Schwab forecasts a record-setting 2017.

It's The Most Wonderful Time Of The Year For Bitcoin
Dec 27, 2016
Bitcoin has a strong run and a former SEC official is accused of not showing up for work.