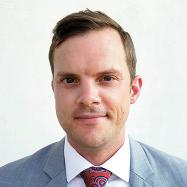 eToro Platform Now Available In US, Though Limited To Crypto
Mar 08, 2019
The platform, long popular throughout Europe and other parts of the world, will allow U.S. customers from 32 states and U.S. territories to trade 13 cryptoassets; the platform will launch its own crypto exchange...

Alts in IRAs Attract Millions in Funding
Mar 07, 2019
Nearly $3 million in seed funding for improvements at Alto, a platform that facilitates investments in alts via IRAs, illustrates the growing interest in alternative investments.

Could a Video Game Developer Change Your Practice?
Mar 06, 2019
The ScratchWorks' fintech competition announces its season two semifinalists, including a company founded by Michael Kitces and Alan Moore, a new offering from 280 CapMarkets—and a teenage video game developer.