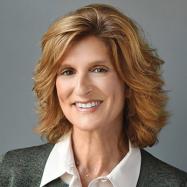 Mindy started Diamond Consultants in 1998 from her bedroom floor—and today it’s known as one of the leading consulting and recruiting firms for the industry’s top financial advisors. Drawing from her own entrepreneurial experience, the firm employs a unique relationship-driven approach that helps individuals and organizations achieve what she refers to as their “Best Business Lives.” Mindy hosts the popular podcast series Mindy Diamond on Independence, is a prolific writer and regular media contributor.

Mindy Diamond on Independence: Sanctuary Wealth $25B Later
Jun 09, 2022
Jim Dickson, founder and CEO of Sanctuary Wealth, recaps the early days of the firm, discusses where it is today and the growth of supported independence, plus shares lessons he's learned along the way.

Mindy Diamond on Independence: Expert Advice on Portability
Jun 02, 2022
Louis Diamond talks with Grier Rubeling of Advisor Transition Services about what advisors need to know to prepare for a move.

Mindy Diamond on Independence: How an Ex-Goldman Advisor Experienced Autonomy and Growth in Independence
May 26, 2022
Gary Hirschberg details why, after 12 years at Goldman Sachs and building his business to over $1 billion in assets under management, he left to launch Aaron Wealth Advisors with Dynasty Financial Partners.

Mindy Diamond on Independence: A Former FiNet Advisor’s Journey to Building a $1.7B Fully Independent Firm
May 19, 2022
The call for greater independence became the motivation for Steve Dimitriou to leave FiNet in 2020 and launch his own RIA firm, Mayflower Advisors, which today manages over $1.7B.

Mindy Diamond on Independence: Why a 25-Year Merrill Vet Managing $450M Opted to Break Away
May 12, 2022
On his 25th anniversary with Merrill Lynch, Craig Robson resigned to launch RIA Regent Peak Wealth in Atlanta. It was a bold move designed to “liberate and empower” him and his team to serve their clients completely...

Mindy Diamond on Independence: An Inside Move from IBD to RIA
May 05, 2022
A conversation with Andy Harris, President and Wealth Manager of Evergreen Wealth Solutions, on becoming “more independent” at Commonwealth.

Next-Gen Successors: You’re Not as Stuck as You Think You Are
May 05, 2022
Those who are having second thoughts about signing on as heir apparent to their senior advisor’s book shouldn’t feel hopeless.

Mindy Diamond on Independence: Industry Update on M&A—Part 2
Apr 28, 2022
Part 2 of this two-part series explores what drives value and how to build a business that will be 'attractive' to acquirers and garner the highest valuation.
Load More