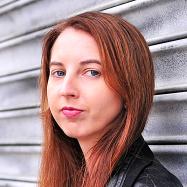 The Science of Word of Mouth
Jun 11, 2014
The Wharton School's Jonah Berger shares how to get clients to talk about you offline

Are Advisors Overconfident?
Jun 05, 2014
About half of advisors believe they are at the top of the industry

Sallie Krawcheck’s New Venture: An Index Fund for Advancing Women
Jun 04, 2014
Sallie Krawcheck, the former head of Bank of America’s wealth management group, announced the next chapter in her long career in financial services with the launch of the Pax Ellevate Global Women’s Index...

Are IBDs Turning a Corner?
Jun 03, 2014
New report suggests the b/d business may be bottoming out and firm registrations are moving into positive territory

IBD Advisors Gripe About Fees
May 30, 2014
Nearly 37 percent of independent b/d reps agreed or strongly agreed that fees are becoming a bigger problem.

Crying All the Way to the Bank
May 29, 2014
Bank advisors are the most productive in the industry, and the least satisfied

Flush Times for Financial Advisors
May 27, 2014
Advisor compensation and assets continue to grow by double-digits. But competition is getting fierce.
10 Quirky Former Jobs of Advisors
May 22, 2014
Only one-fourth (26 percent) of advisors started their professional lives in the industry; the majority came into the profession after spending time in another career, according to REP.’s annual compensation survey...
CFP Board: ‘We Could Have Done a Better Job’
May 21, 2014
Are you really "fee-only"? The CFP Board wants to know.