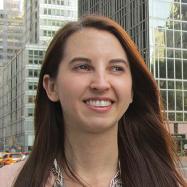 New Consultancy Goes After Thorny IBD Branch Exams
Aug 13, 2019
Independent b/ds are on the hook for their reps’ behavior, even those thousands of miles away. A new compliance consultancy wants to help firms close that gap.

Mass. Advisor Charged for Putting Clients Into Turkish Investment Scam
Aug 12, 2019
Richard G. Duncan knew the investment was likely a scam, yet he failed to let his clients know, the SEC claims.

CIMA, CWPA Certificants Are Increasingly Independent
Aug 12, 2019
The Investments & Wealth Institute is becoming less a home for wirehouse advisors, with independents accounting for the largest segment of its membership.

Are Your Clients Exposed to Gun Stocks?
Aug 08, 2019
If they own small-cap index funds, chances are they are exposed, but they have a de minimis impact on investment returns, says Morningstar.

Small Producers at Advisor Group Won't Get Retention Bonuses
Aug 07, 2019
Details have emerged about the broker/dealer network’s retention packages, which include five-year lockups for advisors with over $600,000 in production—and nothing for sub-$250,000 producers.

Advisors—and Clients—Aren’t Rattled by Market Plunge
Aug 05, 2019
Many advisors have trained their clients to expect the kind of market volatility seen Monday. And while most aren’t making any sudden movements, some are tweaking asset allocations.

BlackRock: Least Risky Portfolios Are Most Expensive
Aug 05, 2019
Advisors’ conservative models have the highest fees, according to a new analysis by BlackRock.