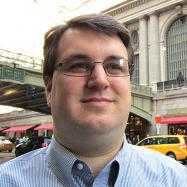 David Lenok is a senior editor for Wealthmanagement.com and Trusts & Estates. He's an attorney admitted to practice in New York and writes about general wealth planning issues.

Envestnet Joins Increasingly Crowded Digital Estate Planning Space
Feb 25, 2021
How will their offering match up with Steve Lockshin’s Vanilla and other trust accounting tools for RIAs?

Celebrity Estates: Chuck Berry, Tax Evasion and the Power of Advisory Teams
Feb 22, 2021
Chuck Berry amassed a sizable estate upon his death in 2017 at the age of 90, despite his conviction for tax evasion in 1979.

The 21 Richest NFL Owners
Feb 04, 2021
You don’t have to be a billionaire to own an NFL franchise, but it sure helps.

Celebrity Estates: The Sibling Rivalry Over Audrey Hepburn's Estate
Feb 01, 2021
It took 24 years and a judge to resolve.

Celebrity Estates: Jack Cassidy and How Divorce Can Complicate an Estate Plan
Jan 19, 2021
David Cassidy's dad neglected to update his plan in the wake of his second divorce.

Celebrity Estates: How Michael Jackson's Executors Created a Thriller of an Estate Plan
Dec 14, 2020
Even though Michael Jackson's estate was saddled with over $500 million in debt when he died, due to the great work of his executors, it has earned over $2 billion since his death.

Celebrity Estates: Robin Williams and How to Spot the Warning Signs of Suicide in Your Clients
Nov 30, 2020
Financial advisors are in a unique position to see changing behaviors in clients that might pop up amid hardships with career, health or finances.

Transparency with Diana B.: How a Life-Threatening Discovery Can Change Your Practice
Nov 18, 2020
Guest host David Lenok talks with Craig Hersch about how his brush with death turned around his outlook on life and his practice.
Load More