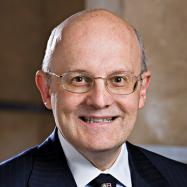 Professor and Chair, Department of Tax and Estate Planning, College for Financial Planning, a Kaplan Company

Christopher P. Woehrle is a professor and chair, Department of Tax and Estate Planning, College for Financial Planning, a Kaplan Company, in Centennial, Colo.

Charitable and Divorce Planning
May 18, 2018
Christopher P. Woehrle explains the effect of the Tax Cuts and Jobs Act’s denial of the above-the-line alimony deduction to a payer of alimony.

A Not So Simple Repeal of the Federal Estate Tax
Dec 01, 2017
Questions should be raised now with any charitable gift of life insurance.

A New Tax Code?
Sep 26, 2017
An analysis of the various scenarios and how they could affect charitable giving.

Successfully Navigating the Self-Dealing Minefield To Do Good
Jul 20, 2017
Christopher P. Woehrle explains how donors can comply with the complex PF rules prohibiting self dealing.

Breaking Up Really May Be That Hard To Do: Preparing To Reconcile Irreconcilable Differences Between Donors and Charity
May 18, 2017
Christopher P. Woehrle examines the issues arising from two hypothetical gifts “gone bad.”
Load More