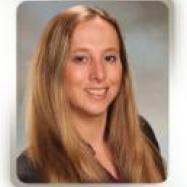 While at Santa Clara Law, Alison Merino was a technical editor of the Santa Clara Law Review and a participant in the Honors Moot Court External program.  She received Witkin Awards for Academic Excellence in Legal Research and Writing, Wills and Trusts, and Criminal Procedure, as well as the Outstanding Advocate Award in Appellate Advocacy.  She was also a recipient of the Emery Scholarship and the sole recipient of the Gerald E. Moore Scholarship for International Study, which allowed her to spend a semester studying international law in France and Switzerland.

She obtained her Bachelor’s degree in English and Political Science from the University of Notre Dame in 2007.  At Notre Dame, Alison was a member of the Dean’s Honor List and the Sigma Tau Delta Society (International English Honor Society).