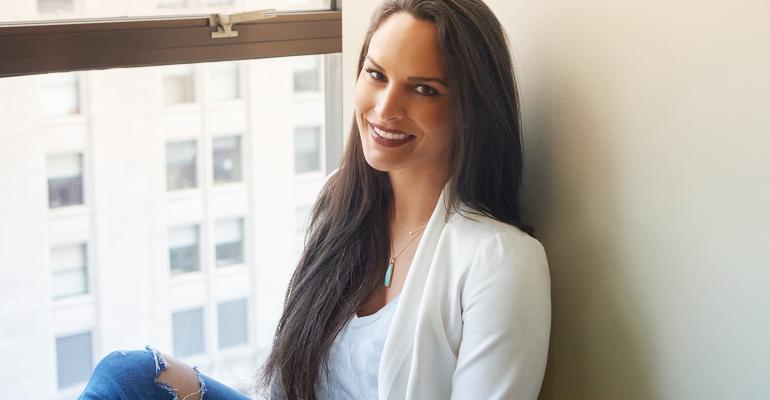 Reading the fine print inside the opportunity zones program.

(Bloomberg) -- Liquor stores can’t claim a hot new U.S. tax break designed to create jobs in poor communities. One of the biggest property developers for marijuana ventures says it can.

Country clubs and golf courses are barred, too -- but not a wide variety of other luxury properties, such as a new hotel for visitors to Napa Valley wine country.

Massage parlors are out. But the maker of a robotic personal massager that promises “hands-free blended orgasms” just raised millions from wealthy investors planning to claim the tax break.

“It’s been great for us,” said Lora Haddock, the company’s founder.

Welcome to the quirky fine print inside President Donald Trump’s signature tax overhaul, which has created more than 8,700 opportunity zones across the country. The idea is to spur investments in areas left behind. But when crafting the law, the authors included rules from past economic-development initiatives that banned a variety of businesses deemed undesirable. Now, some are questioning whether the lines make sense.

Researchers have pointed out, for example, that the new tax break might be used by makers of cigarettes and guns, as well as mining companies, despite their increasingly controversial impact on poor communities.

“There’s an element of arbitrariness to it, for sure,” said Samantha Jacoby, a senior tax legal analyst at the Center on Budget and Policy Priorities. “If the goal is to improve economic outcomes for low-income people who tend to live in areas that have faced systemic poverty, racial discrimination and lack of opportunity, you’d be better off with public investments in infrastructure and education.”

The tax break for investing in opportunity zones is now a White House talking point as Trump gears up for the 2020 election. The generous incentives -- once overlooked in the big package Republicans pushed through in late 2017 -- are the talk of property developers and money managers for the ultra-wealthy. Community leaders are excited too, hoping it might reinvigorate blighted cities and rural areas.

The list of so-called sin businesses that Congress included in the law was drawn from a prior statute that also included gambling establishments, racetracks and hot tub and tanning facilities. But it was just meant as a starting point, said Steve Glickman, who helped come up with opportunity zones when he was chief executive officer of the Economic Innovation Group, a Washington think tank.

Lawmakers wanted to empower states and local authorities to steer money to areas and projects they deem important, he said. If leaders in those places want to go further, they can layer on additional restrictions.

“The ethos of this program is to push down decision-making to the local level,” said Glickman, who now runs a consulting firm for investors in the zones.

Still, the old list of sin businesses is raising new questions at a time when taboos around drugs and sex are changing.

Treasury Secretary Steven Mnuchin has said that businesses selling marijuana shouldn’t qualify for the incentives. But Canna-Hub, which builds facilities for California’s booming pot industry, intends to use the perk to burnish returns on a new 80-acre campus near Williams, California. The property will include buildings designed for indoor cultivators, testing facilities and edibles manufacturers.

The company began pursuing the $200 million project before opportunity zones were tucked into Trump’s tax overhaul. The site, about 50 miles north of Sacramento, happened to be in a census tract that state authorities later selected as a zone. Canna-Hub is confident it can work within more detailed rules since released by the Internal Revenue Service.

It’s only fair that they qualify, CEO Tim McGraw said. Unlike liquor, he said, cannabis has medicinal properties, relieving anxiety and pain. “If they were going to leave cannabis out of opportunity zones, they’d have to leave out Tylenol,” he said.

While country clubs are out, a wide array of other luxury developments is chasing the break. In Houston, developers are erecting a high-end residential tower featuring a “sky amenity deck” on the 46th floor. It also offers yoga lawns, shaded cabanas and barbecue grills around a swimming pool overlooking the downtown area. Others intend to use the tax perk for a new mall in Connecticut anchored by a Bloomingdale’s and a Nordstrom.

To be sure, the majority of projects slated for opportunity zones are relatively straightforward real estate developments, such as industrial parks and apartment buildings. Some investors are also voluntarily avoiding projects that create environmental or social concerns.

Haddock got the idea for her company, Lora DiCarlo, after an intensely pleasurable sexual experience when she was in her late 20s. “I thought, ‘How do I do this again?’” she recalled in an interview. Her answer was Osé, an elongated personal massager that uses micro-robotics to make what the company calls a “come hither” motion. It’s expected to go on sale for roughly $300 this fall.

Developed with technical help from researchers at Oregon State University, the device won an award from the group behind the Consumer Electronics Show. When the organizer later withdrew the honor, Haddock went public with the story, saying it demonstrated bias. The prize was later reinstated.

That publicity, paired with Haddock’s mission of promoting gender equality, has made her startup an easy sell to investors, said Doug Layman, an Oregon-based angel investor who took a stake in the company. An email address set up to attract potential backers drew interest from billionaires, and she quickly raised more than $3 million. “Really, she had her pick,” Layman said.

The venture plans to qualify for the tax break because its operations are based in two Oregon opportunity zones. And sex toys aren’t mentioned in the law’s list of exclusions.

Haddock knows the business probably isn’t what lawmakers imagined when they created the perk. But she said the company is living up to the intent of the legislation in at least one important way: It’s hiring.

“The money that we’ve been able to raise has helped a tiny startup go from literally three employees to 20 in about a year,” she said. “I can’t necessarily speak for everyone else” using the tax break, she said. But “it’s positive what we’ve done with it.”

--With assistance from David Kocieniewski.

To contact the reporter on this story:
Noah Buhayar in Seattle at [email protected]