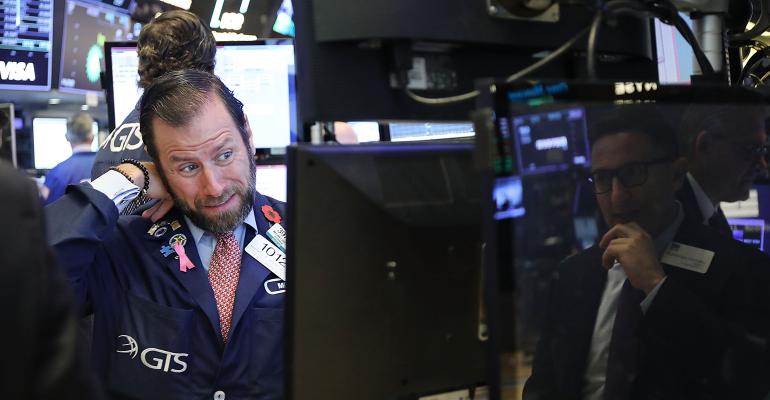 With a near decade-long bull market in equities, an allocation to alternatives has been a performance drag for most investors. Don’t expect that to change even as the bull market ends.

For the better part of this century, alternative investments—everything from hedge funds to forest land—have enticed investors with their promise of portfolio diversification, giving downside protection or enhancing overall returns.

But many of those assets have disappointed, raising the question: Do investors need alternatives to achieve a diversified portfolio that delivers strong risk-adjusted return? No, many experts say.

“They’re expensive and have been a drag on performance,” says Tom Fredrickson, a New York City financial advisor who is part of the Garrett Planning Network. “They haven’t done as much as people [had] hoped to limit volatility.”

The firm used the S&P 500 Index to measure stocks, the Bloomberg Barclays U.S. Bond Aggregate Index to measure bonds and the HFRX Global Hedge Fund Index to measure alternatives. While that’s a good proxy, real-world portfolios will vary. Also, measuring performance over the past 10 years coincides with a near decade-long bull market in equities.

The Hedge Fund Index was also more volatile, as measured by standard deviation, than the bond index for all the periods.

Performance and volatility aren’t the only negative issues surrounding alternative investments. “The big problem I see with the alternative investment universe is the incremental layer of fees,” says Chris Litchfield, a retired hedge fund manager who is now a private investor in Greenwich, Conn.

Another concern is lack of liquidity, Litchfield notes. Stakes in hedge funds and private equity funds often aren’t easy to redeem, and many of the assets in those funds aren’t very liquid themselves. “That doesn’t have to be a bad thing, but it brings an added layer of difficulty,” he says.

Mutual funds and exchange traded funds designed to act like hedge funds and other alternatives like liquid alternative funds obviously address much of the liquidity issue. But they have proven to be no panacea over all.

“A lot of liquid alts really aren’t able to deliver,” says Jason Kephart, a senior analyst at Morningstar who studies alternatives. None of the liquid alternative funds that Morningstar evaluates earned its top rating of gold. It turns out the funds are highly correlated to stocks, so they don’t offer a great diversification benefit, Kephart says. “Low correlation adds value, but only about one-quarter of the funds have added value over the last five years.”

To the extent that alternatives are uncorrelated from stocks, they have suffered over the past 9 years from the equity bull market. That rally won’t last forever, which might make alternative investments more attractive in the future. It’s easy to ignore them during a bull market when everything looks bad compared to stocks, Fredrickson says. “But there’s no guarantee things will be the same going forward.”

“There’s an inability among most individual investors and their advisors to predict the direction of commodities,” he says. “You can buy growth stocks and be wrong on timing, but in time, the market bails you out. But with commodities and other alternatives, you have to buy at the right time and sell at the right time” or you might lose.

Of course, some alternative investments have produced outsized returns—think of the top hedge funds and private equity funds for example. But a lot of top funds have closed or aren’t open to new investors. Many were never open to small investors.

Many alternatives are designed for institutional investors. “That’s fine if you’re the Yale University endowment and you don’t need to worry about liquidity,” Litchfield says. “If you think you can reach your hurdle rate of return, despites fees, which are smaller if you’re the Yale endowment, that’s ok. It’s just a different kind of investor than the average individual.”

Heyman agrees. “If you’re huge and can invest directly in private equity, there are good things you can do,” he says. “But an average investor going to an advisor who is buying off the rack from Goldman Sachs, I’d be very negative on that.”

Even for small endowments, alternatives likely don’t make much sense, Heyman says. He knows of a small endowment that put a portion of its kitty in a private equity fund.

“Financially, the experience wasn’t negative, but the investment took a lot of the endowment managers’ time and attention,” he says. “And for all the illiquidity, there wasn’t much added return beyond the stock market.”