/sites/all/themes/penton_subtheme_wealthmanagement/images/logos/footer.png
Recent
Recent
5 Simple Tips To Becoming a LinkedIn Pro
May 13, 2022
Growth by Design
May 13, 2022
Envestnet Wraps Advisor Summit, Announces Truelytics Deal
May 13, 2022
Jolt! 2022: Carl Richards on Simplifying Financial Jargon to Improve Client Communications
May 13, 2022
Featured
The 10 Best and 10 Worst States in Which to Retire in 2021
Jul 15, 2021
Poll: 15 Classic Books on Investing and the Markets
Apr 03, 2020
Fifteen Must-Listen Business Podcasts for Advisors
Aug 14, 2020
Celebrity Estates: Jay Leno and Planning for Classic Car Collections
Feb 22, 2022
The Market's Measure
brought to you by 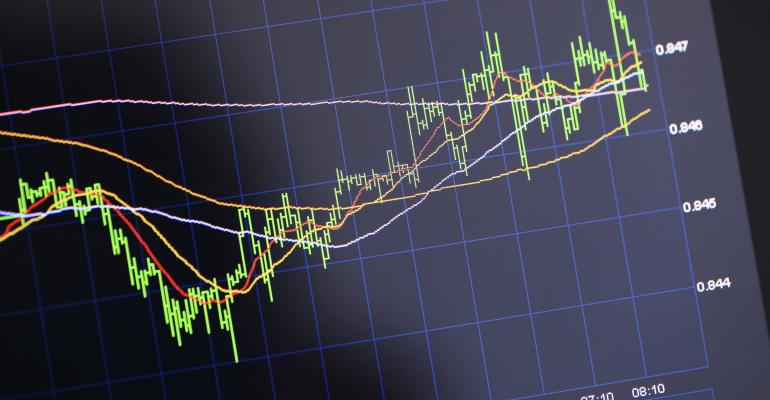 Gold and Oil Prices Driving You Up The Wall?

What’s the gold/oil ratio telling us?

Aside from the recent volatility in stock prices, you’ve probably noticed big swings in the price of oil. By “swings” I mean drops. Cash prices for West Texas Intermediate (WTI), the basis grade traded on the NYMEX division of the Chicago Mercantile Exchange, have fallen to levels not seen in two years. At the same time, a new dollop of fear has spiced the gold market, pushing prices off an intermediate bottom under $1,200.

Dismal expectations for global growth are driving gold up and oil down. The interplay between these two commodities is captured by the gold/oil ratio – a metric that’s used by some pundits as a leading economic indicator.

The ratio’s simply a quotient derived by dividing the spot gold price by that of oil’s. It tells you how many barrels of oil can be purchased with one ounce of bullion. Last week, the ratio punched through resistance, and a long-term average, to trade at 15 barrels per ounce. The ratio had been rangebound between 11 and 14 barrels for the past 15 months.

There’s a couple of takeaways from this. The first is the “fairness” of gold’s price vis-à-vis oil. You could say gold is overpriced whenever the ratio trades above its long-term mean. You could. But that would mean that bullion was overly rich for a five-year stretch between 2008 and 2013. You’ll get a lot of argument about that.

The second takeaway is fear. Or, rather, the ratio’s metering of fear. You may have noted that the biggest spike in the gold/oil ratio — near 28 barrels — was seen at the worst point in the 2008-2009 recession.

We’re nowhere near such lofty levels now. Clearly, though, traders and investors have been shaken out of their recent complacency. They, and all of us, are left to ponder what will keep the ratio from climbing further up the wall of worry.