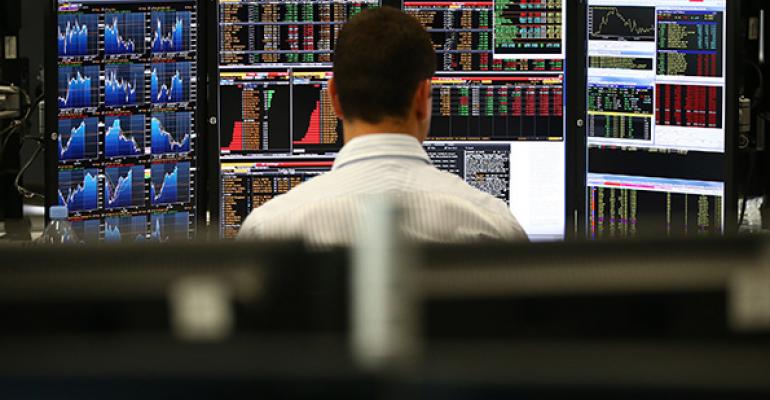 Fund Managers Burned by Last Commodity Slump Want Back In

Big investors are motivated by signs the world has finally escaped from the decade of limp economic growth and inflation that followed the global financial crisis more than eight years ago.

(Bloomberg) --The year-old commodities boom is drawing the attention of some pension and mutual funds that got burned when the last rally fizzled more than five years ago. They want back in.

After seeing the first annual return for raw materials since 2010, managers of long-term wealth in funds and endowments are raising stakes in individual markets or broader gauges like the Bloomberg Commodity Index and Standard & Poor’s GSCI, according to Societe Generale SA and Barclays Plc.

Big investors are motivated by signs the world has finally escaped from the decade of limp economic growth and inflation that followed the global financial crisis more than eight years ago. Raw materials have surged, with oil prices doubling from their lows and zinc up about 90 percent, providing evidence for some that the rally will last longer than gains reversed in 2011.

“People are starting to get confident that this rally is real,” said Ben Ross, a New York-based co-portfolio manager of commodity strategy at Cohen & Steers Capital Management, which oversees $56.5 billion. “Most commodities that we cover have bottomed from a price and from an oversupply situation.”

Leigh Goehring and Adam Rozencwajg, who previously helped manage about $5 billion in assets at Chilton Investment Co., told Bloomberg on Wednesday that they were seeking to raise $1 billion for a new commodities mutual fund, betting that prices have bottomed out after years of declines.

Total investments in the Bloomberg and S&P GSCI indexes have risen to a rough estimate of $115 billion from a low of about $60 billion around the start of 2016, though still well below a peak of as much as $300 billion in 2011, said Mark Keenan, head of Asia commodities research at Societe Generale. By comparison, the Bloomberg index is up about 12 percent since the beginning of last year. Long-term funds make up about three-quarters of such investments, Keenan said.

While there are few definitive figures for such flows, Barclays’ estimates show a similar trend of investment in swaps linked to commodity indexes bottoming out in 2015 at $62 billion after a peak of $224 million in 2012. The bank’s most recent calculation, combining Commodity Futures Trading Commission data with feedback from investors, gave a total of $94 billion as of September 2016.

The moves may be larger in the current quarter as portfolios increase the share of assets held in commodities, Keenan said in Singapore. Some “people who have maintained a core 1 percent holding are looking to increase their exposure,” he said.

It’s the not the first time long-term wealth managers substantially raised their holdings of natural resources that, while volatile, offer a way to tap into an improving economy or hedge against inflation. In 2011, pension funds had about 3 percent to 5 percent of assets invested, but as prices ground lower through 2015 they scaled back or sold out entirely, Keenan said.

The memory of such losses may be enough to discourage some.

“There are no signs that I’ve seen that a new bull market is here or is close for commodities,” said John LaForge, the Sarasota, Florida-based head of real assets strategy at Wells Fargo Investment Institute, which oversees $1.7 trillion. “We’re probably at least five years away.”

Buying and selling of exchange-traded funds that allow investors to bet on individual or groups of commodities paint a conflicted view of demand. This month, data compiled by Bloomberg Intelligence showed $450 million was taken out of long-only ETFs connected to broad baskets of natural resources.

However, that figure is offset by the launch of the Source Bloomberg Commodity UCITS ETF with about $500 million of seed capital, excluded from the flow data because it’s a new fund.

While there have been about $80 million of withdrawals from gold, traditionally a hedge against economic weakness, there are signs investors are more optimistic on other individual raw materials. Energy ETFs attracted $390 million this month, following $2.65 billion of outflows in December. Investors added almost $40 million in industrial metals, while agriculture got $25 million.

Interest is being spurred by signs of a spreading pickup in the economy and inflation in the U.S., and a recovery in Chinese demand for raw materials. The Bloomberg Commodity Index rebounded last year from the biggest slump since the financial crisis.

"There are a lot of firms that have built up a fundamental basis for their views and they’re going to be looking at investing specifically in agriculture or metals, say, rather than index investment," Michael Cohen, Barclays’ head of energy commodities research, said by phone from New York.

Even hedge funds and other large speculators who report to the U.S. government are bullish on 15 of 18 raw materials tracked by the CFTC. The combined net-long positions across these 18 raw materials have risen in six of the past eight weeks, according to commission data tracked by Bloomberg.

"Many institutional investors had a bad experience from 2010 to 2015 and their re-entry is likely to be slow and measured, however improving fundamentals do mean the sector is attracting attention again," said David Lilley, co-founder of Red Kite Group in London, one of the biggest commodity hedge funds.

Some computer models also suggest the rally has room to run.

“We’ve definitely seen the shift to the long side in commodities,” Dering said in a phone interview. “We’re long base metals for a while now, like copper. We’re starting to get signals to go long on most of the products in the grain markets that we were either short last year or neutral.”