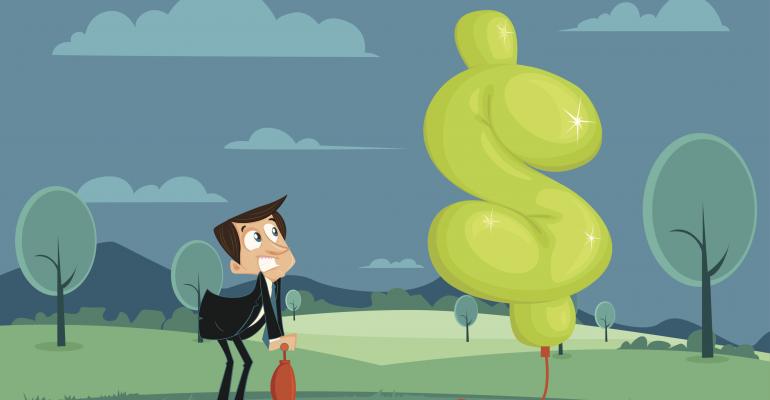 While alternative mutual funds had record inflows and the largest number of fund launches last year, the top reason keeping advisors from investing in the asset class is fees, a Morningstar and Barron’s survey found. 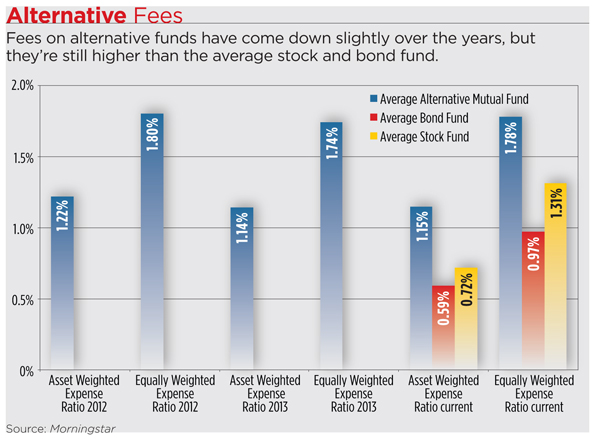 The 2013–2014 Alternative Investment Survey of U.S. Institutions and Financial Advisors was conducted in March by Morningstar and Barron’s, and asked 300 advisors about their use and perception of alternative investments. Nearly half of advisors said fees were a top concern and the reason they are hesitant to invest in alternatives. Forty percent said lack of liquidity was a major issue.

But when selecting an alternative product, manager and/or team experience with the asset class was the top factor in advisors’ decision-making (17 percent). The second most important factor, with 14 percent of advisors choosing it, was fees.

In 2010, more than half of advisors said they planned to boost their allocations to alternative by more than 10 percent per year, compared to only 39 percent this year. 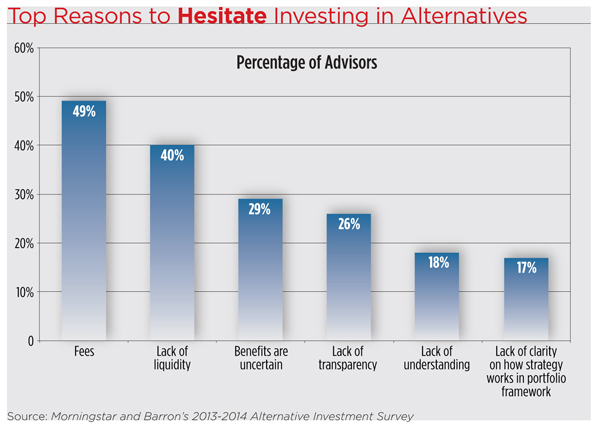