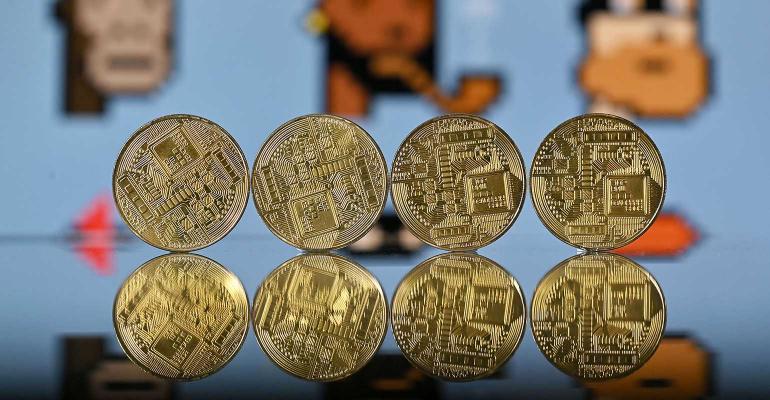 Crypto, NFTs Are Rife With ‘Mountains’ of Fraud, IRS Says

(Bloomberg) -- IRS criminal investigators see cryptocurrencies and nonfungible tokens as ripe for fraud, including money laundering, market manipulation and tax evasion -- and even celebrities could get caught up in the agency’s probes.

Digital assets have been a growing concern for government agencies as they’ve become more mainstream, with regulators grappling over how to police the tokens and carry out enforcement activities to deter investors from engaging in criminal activity.

“We’re just seeing mountains and mountains of fraud in this area,” said Ryan Korner, special agent in charge of the Los Angeles field office at the IRS’s criminal investigation division. The division is tasked with probing tax crimes and related financial crimes.

Celebrities aren’t immune to the IRS’s criminal probes, Korner said late Tuesday at a virtual event hosted by the USC Gould School of Law. “We’re not necessarily out there looking for celebrities, but when they make a blatant or open comment that says ‘Hey, IRS, you should probably come look at me,’ that’s what we do.”

IRS investigators seized $3.5 billion worth of cryptocurrencies tied to financial crimes during fiscal year 2021, a figure that accounted for 93% of all the assets seized by the division in that time frame. IRS CI ended the year with 80 cases in its inventory that it was still actively working where the primary violation was tied to crypto, Korner said.

Law enforcement agencies are worried about a range of criminal activities. They worry when they see people paying millions of dollars for assets, like NFTs, that don’t seem to have that kind of inherent value, Korner said. Bad actors can use that to their advantage to launder money from criminal enterprises, such as drug trafficking, he said.

NFTs and crypto, in general, are ripe for market manipulation, according to Korner, with high-profile investors having the ability to sway asset prices with a single Tweet.

Federal agencies have gone after crypto companies in the past that used celebrities to endorse products and illegal activities. Last year, boxer Floyd Mayweather and music producer DJ Khaled settled charges with the U.S. Securities and Exchange Commission that they failed to disclose they had been paid to promote a scheme through social media campaigns.

IRS CI is trying to train all of its agents on crypto and NFT issues because “this space is the future,” Korner said.

The agency is looking to increase collaboration and information sharing with other federal agencies, including the Justice Department, to make sure everyone is on the same page and staying ahead of the criminals, he said.