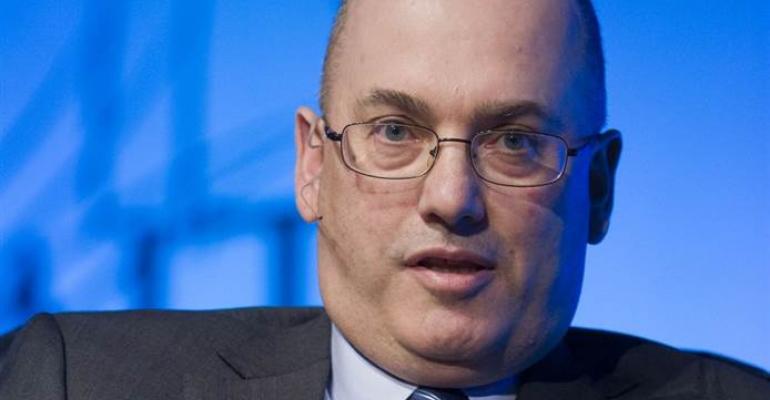 Steven Cohen is considering charging management fees of at least 2.75 percent and may pass on certain costs to investors for the first time.

By Saijel Kishan and Katherine Burton

(Bloomberg) --So much for the investor backlash against high fees in the hedge fund industry.

Billionaire trader  Steven Cohen, who may stage a comeback to the business next year when his regulatory ban on managing client money expires, has considered charging management fees of at least 2.75 percent and may pass on certain costs to investors for the first time, people familiar with the matter said. Those charges would be well above the industry norm, although Cohen may take a smaller cut of profits than he did in the past.

Jonathan Gasthalter, a spokesman for Cohen, declined to comment.

Cohen’s former hedge fund, SAC Capital Advisors, was among the industry’s most expensive before it pleaded guilty to securities fraud four years ago and paid a record $1.8 billion fine. Criticism of the industry from investors mounted last year as managers posted middling returns that lagged cheaper index funds. Amid the revolt, Cohen told a conference in 2016 that he was amazed that investors aren’t more demanding.

Cohen’s $11 billion family office, Point72 Asset Management, has gained about 10 percent this year before expenses, one of the people said. The firm had returned about 1 percent last year, the second-worst annual performance ever for the billionaire investor, according to people familiar with the returns.

Cohen, 61, has hired a separate firm to gauge investor interest in his new company, Stamford Harbor Capital, which is based in Stamford, Connecticut. He may seek to raise between $2 billion and $5 billion, primarily from sovereign wealth funds, said the people, who asked not to be identified because the information isn’t public. Earlier this year, he was said to have been anticipating gathering as much as $10 billion. The terms of the new fund have been fluid, and Cohen won’t take any meetings with potential investors until after Jan. 1.

In annual incentive fees, Cohen may take a cut of profits ranging from 10 percent to 30 percent, said the people. SAC, which charged management fees as high as 3 percent of assets and as much as 50 percent of profits, produced annualized returns of 30 percent from its 1992 inception.

The industry now charges an average management fee of about 1.5 percent and an incentive fee of 17 percent, according to Hedge Fund Research Inc., as it shifts away from the traditional “2 and 20” model.

Marketers for Stamford Harbor have discussed with potential clients terms that may involve locking their money up for one year and imposing a penalty of 7 percent if they need to withdraw their capital in that period, the people said. For the second and third years, investors would be allowed to pull money with some restrictions and after that they’d be able to redeem every quarter with 60 or 90 days notice. Investors would only be allowed to withdraw 25 percent of their money at a time, as was the case at SAC.

Cohen wasn’t charged with wrongdoing in the U.S. government’s seven-year insider-trading probe that ensnared a slew of hedge fund managers and corporate executives. He was forced to return money to investors as part of the settlement and has since been managing his own fortune.