/sites/all/themes/penton_subtheme_wealthmanagement/images/logos/footer.png
Recent
Recent
Is Diversity and Inclusion a ‘Nice to Have’ or ‘Must Do’ for You?
Jul 14, 2020
RIA M&A Activity Hit Lows, Highs in Q2
Jul 14, 2020
Girard Names David Geibel President
Jul 13, 2020
Two Former deVere Execs to Pay $750,000 for Overseas Pension Transfer Violations
Jul 10, 2020
Small Advisory Firms May Have Received $678 Million in PPP Loans
Jul 10, 2020
Featured
Poll: 15 Classic Books on Investing and the Markets
Apr 03, 2020
FICO Updates and Their Impact on Credit Scores
May 06, 2020
Franklin Templeton Fires Portfolio Manager Amy Cooper Involved in Central Park Dog Incident
May 26, 2020
The Top Colleges for Financial Planning
Oct 03, 2019
The Daily Brief
brought to you by 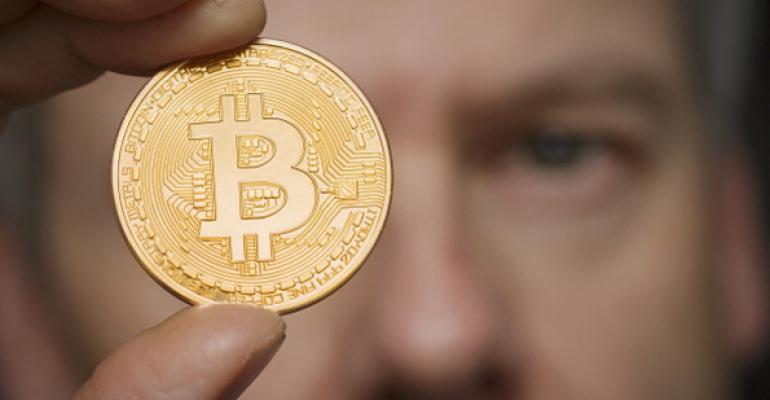 The many faces of investors interested in crypto assets are more mainstream than you might think; study indicates advisors influential in decision-making.

More than a third of U.S. retail investors would consider an investment in Bitcoin, representing a potential market of more than 21 million investors, according to a new study based on an online survey of 1,100 U.S. investors commissioned by Grayscale Investments, a digital currency asset manager. The majority of those interested in Bitcoin, however, are not interested in working with a financial advisor.

But retail investors interested in Bitcoin aren’t a bunch of 20-somethings new to investing. The study found that “Bitcoin-interested investors” have an average age of 42, 70% are parents, and there is a “slightly increased appetite for a Bitcoin investment product among minorities” compared with the survey's control group. Men tend to be more interested in Bitcoin than women, but 93% of women would be open to investing in Bitcoin if there was more education available about the asset. If recommended by a financial advisor, 82% of women would be more likely to invest in Bitcoin, compared with 74% of men.

“It’s clear that Bitcoin is being considered alongside more traditional investments,” said Michael Sonnenshein, managing director at Grayscale Investments. “While we have had, and continue to hold, a strong conviction in the investment opportunities in digital currencies, it’s great validation to see that the appetite extends far beyond the crypto community.”

Trusted third parties, like advisors, can also have an impact on how investors approach digital assets. Seventy-eight percent of investors surveyed say that working with an advisor would make them more comfortable with investing in Bitcoin. While investors may not be inclined to work with advisors, the survey’s authors recognized the potential for advisors to provide guidance. Concerns with volatility in Bitcoin, for example, can be addressed by financial advisors, who “can reassure their clients by offering the right allocation and encouraging holding over the long term,” according to one of the survey's conclusions.