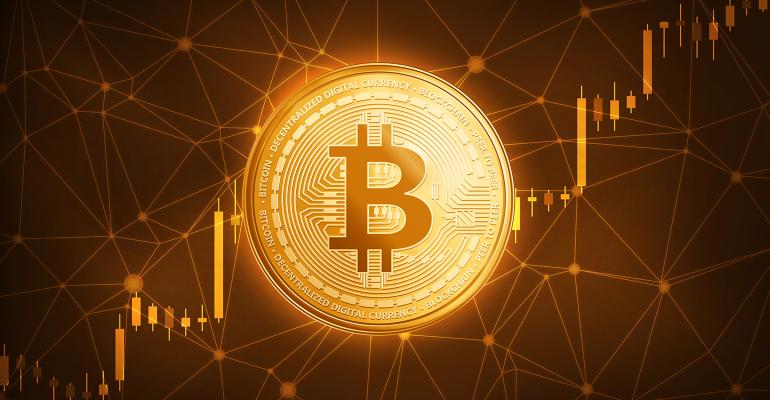 Bitcoin Believers Are Back to Watching Stocks After Crypto Crash

Stocks are mostly up over the last few weeks and so is Bitcoin.

(Bloomberg) -- After a gut-wrenching bout of turbulence and existential angst, digital-asset investors are back to focusing on the mood of the US stock market as a gauge of whether the worst might be over.

Stocks are mostly up over the last few weeks and so is Bitcoin, which has added roughly 25% since the start of July. The 90-day correlation coefficient of Bitcoin and the S&P 500, after weakening slightly in June, now stands around 0.65 once again, among the highest such readings in Bloomberg data going back to 2010. A coefficient of 1 means the assets are moving in lockstep, while minus-1 would show they’re moving in opposite directions.

Cryptocurrencies are poised for outperformance “if equities have bottomed,” said Mike McGlone, an analyst at Bloomberg Intelligence. “There are few more powerful forces in markets than when the stock market drops at high velocity as in the first half. Cryptos are part of that ebbing tide.”

That’s been the refrain all year, with both stocks and crypto moving in similar fashion. The background is a hawkish Federal Reserve that’s bent on tamping down four-decade-high inflation, something that’s been the source of volatility for all manner of assets in 2022.

But whether equities and crypto have reached their lows is a question no one can call with any real certainty -- bottoms are only perceptible after the fact, and it’s possible both revisit their lows later this year or even early next year.

Bitcoin active addresses are firmly within “a well-defined downtrend channel,” according to analysts at Glassnode, a crypto researcher. They added that network activity “suggests that there remains little influx of new demand as yet.” But at the same time, transactional demand has traded sideways or lower in recent weeks, suggesting that “only the stable base of higher conviction traders and investors remain.” And on-chain transaction fees are in bear-market territory -- seeing an uptick there could be a signal of recovery, once it happens.

“The 2022 bear market has been historically negative for the digital asset space,” the analysts wrote in a note. “However, after such a sustained period of risk-off sentiment, attention turns to whether it is a bear market relief rally, or the start of a sustained bullish impulse.”

EXPLAINER: Why Another ‘Crypto Winter’ Is Test for Digital Money

July was a great period for Bitcoin, Ether and others. Bitcoin rose 27% for the month, the most since October, while the No. 2 token added 70% in its best monthly performance since January 2021. Also during the month, total volumes of the Tether stablecoin for Bitcoin and Ether rose, according to CryptoCompare, suggesting investors were looking at them as safer places within the crypto universe.

To be sure, though crypto has rallied in recent weeks, it’s still well off its highs reached toward the end of last year. Bitcoin has been hovering around $24,000, down from nearly $69,000 in November. And not even eye-catching developments, including Coinbase’s new partnership with BlackRock, have been able to shake the coin from its stupor and catapult it higher.

“Crypto has more volatility so therein is riskier, and it would make sense that investors need to rebuild confidence after the downdraft they’ve suffered through,” said Katie Stockton, founder and managing partner of Fairlead Strategies, a research firm focused on technical analysis. Still, she added that crypto investors are taking cues from equities, but that the relationship works both ways. “It seems reasonable because both are risk assets.”

--With assistance from Enrique Roces.