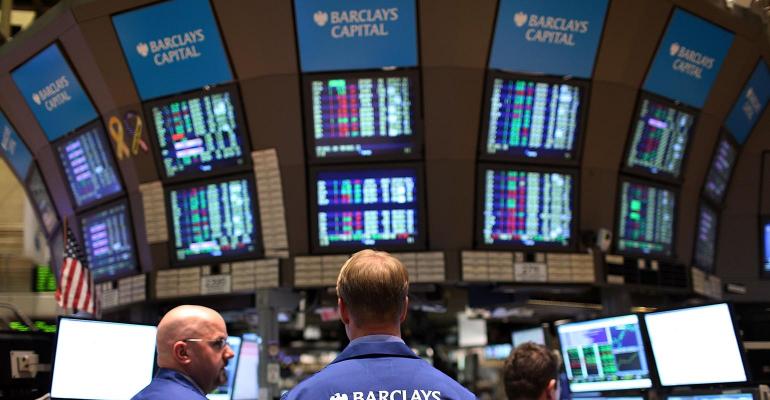 Barclays to Shut $1.2 Billion of ETNs, But Do Investors Know?

Barclaysis retiring about half of is U.S. offerings, affecting 50 ETNs with about $1.2 billion in assets.

(Bloomberg) --If you own an exchange-traded note sold by Barclays Plc, go check your mail. Now.

The British bank is retiring or replacing roughly half of its U.S. offerings on Thursday, according to statements from the company. The plan affects 50 ETNs with about $1.2 billion in assets, data compiled by Bloomberg show. Yet, as of last week, assets stubbornly remained in the notes, meaning investors appear to be oblivious to a shake up that could strand them with hard-to-trade securities.

This isn’t the first time that ETNs have flummoxed their owners. Back in February, holders of a note issued by Credit Suisse Group AG that bet against market fluctuations lost almost all their money when the security was abruptly redeemed -- in line with its terms and conditions -- after a spike in volatility. By contrast, Barclays has been broadcasting its spring clean for three months, and still investors seem unprepared.

“Getting these investors to switch is not easy,” said Eric Balchunas, an ETF analyst at Bloomberg Intelligence. “People get used to trading a product, they get comfortable with it and no one likes change. It’s probably going to be messy.”

The notes being delisted include the iPath S&P GSCI Crude Oil Total Return Index ETN -- ticker OIL -- and the iPath MSCI India Index ETN. A suite of commodity notes is also being redeemed, while another is being replaced. A new version of the crude product, OILB, is already trading alongside the new commodity ETNs.

To get its message out, Barclays has reissued statements announcing the 32 delistings and 18 redemptions. It’s also reminding the corporate actions desks of wirehouses and brokerages to tell their clients. And it’s manning a hotline for investors who want to talk through their options.

That’s a lot of work to shore up a business currently housing $6.8 billion. Barclays is the largest ETN issuer in the U.S., yet its position is a drop in the bucket compared with the $3 trillion market for exchange-traded funds.

ETNs differ from ETFs in that they’re debt obligations backed by their issuer, whereas the funds are portfolios based on a pool of assets. In the fast moving exchange-traded world, the ETN model seems increasingly cumbersome and old-fashioned. Even UBS Group AG, which has more than 40 of the products, started its first ETF this year under the InsightShares brand.

The cuts by Barclays are designed to refocus the business around its larger products -- only six of the closing ETNs house more than $50 million -- but to also trim its risk. The bank is replacing 15 commodity notes that lack an option for the issuer to call the securities with ones that incorporate this provision. The new ETNs will also carry lower fees than the retiring products.

Investors can currently sell their notes on the exchange or redeem them with Barclays at the market rate. Those who remain in the delisted securities after Thursday have three options: hold them until maturity, trade them over-the-counter or redeem them directly with Barclays for cash or new securities at their prevailing value, which could fluctuate as delisting looms.

“This is a streamlining of the platform and a concentration on our higher demand products that we think clients will continue to use in their toolkit,” said Ian Merrill, head of U.S. cross asset solutions sales at the bank.