Are Activist Funds Getting Too Popular?

Activist funds are hot right now, but advisors may want to let the space cool off before jumping in.&nbsp;

Solid overall performance by activist funds this year is attracting followers, with fund flows rising. In the first quarter, these funds drew in $3.9 billion in assets, bringing the total invested to $127.5 billion, according to HFR.

An activist fund is an individual or group that purchases a stake in a public company and announces that stake through public filings with the intent to make a major change in the company.

There are currently about 70 activist funds out of a total of 10,149 hedge funds, HFR says. Year-to-date, activist strategies are up about 6 percent, compared to a 2.5 percent return for the S&P 500 ETF (SPY). 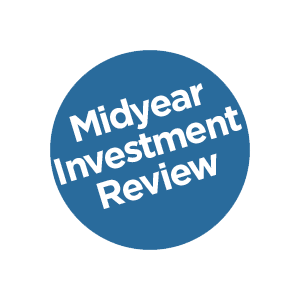 So it’s not a surprise to see flows into the strategy, says Chris Davis, chair of Kleinberg Kaplan Wolff & Cohen’s investor activism practice.

“Activist funds have been the top performer in the hedge fund space, and continue to be. Money tends to flow where the returns are good and the returns have been generally quite good,” Davis says.

“Anytime an investment strategy gets hot, be really careful because mean reversion happens,” Gilman says. “I’d be cautious getting into the space now. Let it cool off quite a bit.”

Activist funds had a bad rap in the past, particularly in the 1980s when they were seen as corporate raiders or bust-up artists, Gilman says. That’s not necessarily the case today. What’s driving a lot of the current rise in activist funds is the large amount cash sitting on company’s balance sheets.

Eric Ervin, CEO of Realty Shares, says companies built big cash war chests following the 2008 financial crisis and continue to sit on cash. They’re now “covering themselves for (another) 2008 and not investing in new enterprises and businesses,” he says. “Putting cash in a bank account is a poor return on invested capital.”

The other push by activist investors is to get companies to improve their focus on what they are investing in. The company may be “a great business, but the management team is investing in projects that are not in their core discipline. That’s a good one for activists to get involved in,” Ervin says.

Activist funds usually make headlines when there are big proxy fights. Nelson Peltz’s Trian Fund Management lost a fight with DuPont earlier this year. Trian wanted to break up DuPont, saying its corporate governance was outdated and its earnings were lagging as a result. Trian wanted seats on the board, but in May, DuPont shareholders re-elected its sitting board members.

Factset research showed that as of June 5, the company win rate for board seat proxy contests that went to a shareholder vote stood at approximately 62 percent, versus 2014’s win rate of only 39 percent. At the same time, companies are settling with activists more often, with many of the activists still getting a seat on the board, Laide says.

“What’s interesting about the data is a lot of seats are being granted without it getting to that stage. The companies are quick to work out something before getting to that level,” Laide says.

Davis says activists would much rather work with a board that take it to a proxy fight because of the costs involved in doing so. Further, he says, because activists usually don’t own a tremendous amount of the company’s stock—usually under 10 percent—they need support of other shareholders, particularly institutional shareholders.

“If you don’t have good ideas, they’re not going to vote for you,” Davis says. “Activism is not about control; it’s not about takeover. It’s not the 1980s revisited. It is about convincing your fellow shareholders the ideas you have for the company are better than what the company is producing.”

There are some criticisms that activist funds drive shareholder value in the short-term, but can have negative longer-term implications.

He admitted that with management under a spotlight and needing to perform “they may make short-term decisions to acquiesce activist investors.”

Ways to Play the Trend

For advisors seeking to invest in activist funds, Gilman says he prefers hedge funds that have stakes in closed-end funds, although the field is getting crowded. Activists in closed funds usually seek to close the gap between net-asset value and the market price of a closed-end fund. Bulldog Investors, the hedge fund run by Phil Goldstein, is one of the best known. Gilman says he owns Special Opportunities Fund (SPE), which is a mirror of Bulldog’s main fund.

Exchange traded funds that replicate other closed-end funds include PowerShares CEF Income Composite (PCEF), up 4.28 percent year-to-date, according to Morningstar, and Market Vectors CEF Municipal Income (XMPT), up 0.67 percent year-to-date, both of which are municipal closed-end funds. Expense ratios for the ETFs are 1.88 percent and 1.65 percent, respectively. However, these funds are highly leveraged, Gilman says.

Another way to play the activist trend is by investing in 13D Activist (DDAX), a mutual fund, up 4.98 percent year-to-date, which Gilman says rides the coattails of activist investors. The fund has a load of 5.75 percent.

Gilman says it’s also important to realize most activist funds do well in bull markets only.

“As long as the stock market goes up you’ll see these strategies do well, but if you see liquidity dry up, you could see huge back up in the performance of the funds,” he says.