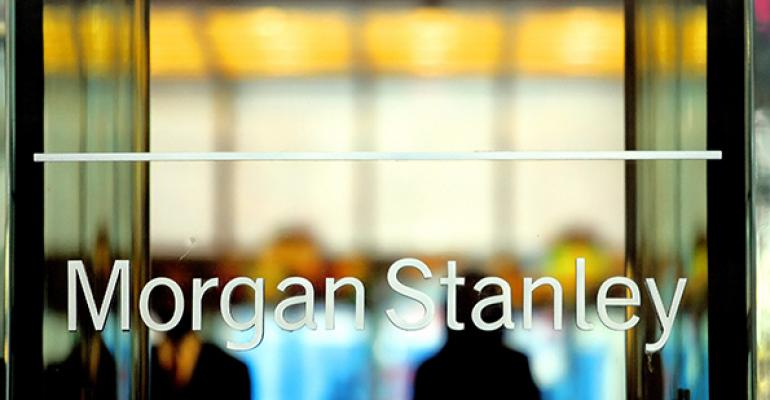 Average revenue per advisor at Morgan Stanley reaches $1 million for the first time.

Morgan Stanley’s advisor headcount declined 1 percent at the end of last year, yet those advisors were more productive, the wirehouse said in its fourth quarter 2016 earnings report Tuesday. Average annualized revenue per advisor surpassed $1 million for the first time, up 7 percent year-over-year.

Related: Morgan Stanley Sees Better Start to Trading in '17 From Year Ago

The wealth management business was a bright spot in the company’s earnings. Revenue in the segment rose to a record $4 billion for the quarter, up 3 percent from $3.8 billion a year ago. Pre-tax income from continuing operations increased 16 percent to $891 million.

Total client assets jumped 6 percent from a year ago to $2.1 trillion, while client assets in fee-based accounts increased 10 percent to $877 billion.

Overall, the firm reported net revenues of $9 billion, up 16 percent from a year ago. Net income was $1.7 billion, or 81 cents a share, up from $908 million, or 39 cents a share, for the year-ago period. That beat analysts’ expectations by 16 cents, according to SeekingAlpha.com.