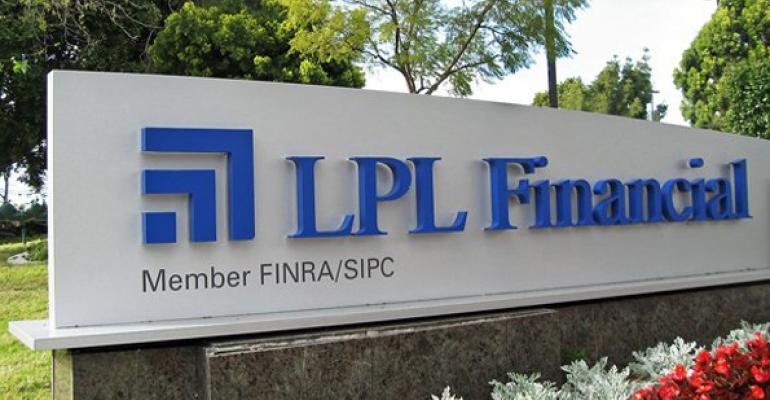 The election of Donald Trump, which could lead to a repeal or pullback of the DOL rule, may have played a role in the IBD’s decision to remain independent.

LPL Financial, the largest independent broker/dealer in the country, has decided not to pursue a sale after reviewing its options, according to a Bloomberg report citing sources familiar with the matter. Shares of the firm were down nearly 5.5 percent as of 3:10 p.m. Eastern time Thursday.

"As indicated earlier this week, the board and management have great confidence in LPL’s ability to thrive as an independent public company," an LPL spokeswoman told WealthManagement.com.

The election of Donald Trump could be one reason the IBD decided not to divest, one source told Bloomberg. While Trump himself has not been clear about his position on the Department of Labor’s fiduciary rule, a compliance burden on many b/ds, members of his team have been prominent critics. Anthony Scaramucci, a hedge fund manager and part of Trump’s transition team, said the rule would be repealed under a Trump presidency.

In October, Reuters reported that LPL was exploring strategic alternatives, including a possible sale. But the IBD declined to comment on the rumor. At the time, equity research analysts following LPL said the Department of Labor’s fiduciary rule could be the catalyst for shareholders to look to sell the firm, but the rule could also turn off potential buyers.

Private equity buyers, including TPG Capital, were reportedly among the bidders for the firm. Charles Schwab was also rumored to be interested.

Just this week, LPL announced its chairman and CEO Mark Casady will retire on Jan. 3, after more than 14 years with the company and 34 years in the financial services industry. Dan Arnold, who was named president in March 2015, will take on Casady’s CEO responsibilities. Casady, 56, will stay on as non-executive chairman of the board until March 3, 2017.

Since Monday, shares of LPL are down about 12 percent.