Debra Cafaro is CEO and chairman of the Board of Ventas Inc., a health-care REIT with market capitalization of approximately $20 billion that owns nearly 1,500 health-care properties throughout the United States, Canada and the United Kingdom. When Cafaro became the CEO and president of Ventas in 1999, the firm was facing collapse. Ventas’ main tenant, Vencor Inc., which accounted for almost all of Ventas’ income, was nearly bankrupt and had stopped paying rent. Plus, Ventas had a market cap of approximately $200 million and a $1 billion bank loan debt, and it was facing whistle-blower claims relating to Medicare fraud claims. Its portfolio of 271 hospitals and senior nursing facilities depended on Medicare payments to cover their rent costs. Cafaro managed to restructure Ventas’ bank debt and led a global restructuring of Vencore (renamed Kindred Healthcare Inc.), saving it from bankruptcy. Cafaro also negotiated a settlement with the Dept. of Justice regarding the Medicare lawsuits. Once the firm was stable, Cafaro initiated a growth and diversification strategy, and hired an executive management team to enact her plan. In 2003, she was named the Chairman of the Board at Ventas.

Jean Kane is CEO and controlling owner of Welsh Companies and Colliers International, one of the largest commercial real estate firms in the Minneapolis-St. Paul area. Kane joined the firm in 1987 and oversees the company’s brokerage and real estate management, construction, architecture, capital and facility services. During her tenure, Welsh has grown to a 300-employee firm, and is recognized as a top service provider in the Midwest region. Welsh and Colliers has earned certification as a woman-owned business by WBENC, which helps clients fulfill supplier diversity programs with targeted group businesses and disadvantaged business enterprises. Kane’s support of company initiatives to create best-in-class services for its clients as well as its employees and brokers has earned Welsh workplace awards from both the Star Tribune and the Minneapolis/St. Paul Business Journal.

Constance B. Moore has directed BRE Properties Inc. since 2002, serving as president and CEO of the firm since 2005; she also served president and COO in 2004 and as executive vice president and COO from 2002 through 2003. From 1993 to 2002, she held several executive positions with Security Capital Group & Affiliates, an international real estate operating and investment management company, including co-chairman and COO of Archstone-Smith Trust. She was the chair of the the National Association of Real Estate Investment Trusts (NAREIT) in 2009. Moore was selected by the Nominating & Governance Committee due to her leadership role at BRE, her public company and her real estate management experience.

Andrea Olshan is CEO of Olshan Properties (formerly MPI or Mall Properties Inc.), a New York City-based private commercial real estate property firm founded by her father, Morton L. Olshan, now its chairman. The company has specialized in development, acquisition and management for more than 55 years. Currently, the firm owns and manages 19,000 multifamily, 11 million sq. ft. of office and retail properties, and 1,133 hotel rooms, and its portfolio spans 11 states. Before taking the company’s helm, Olshan was the firm’s COO. The firm’s prize properties include the mixed-use Parkchester development in the Bronx, N.Y., and the Sheraton Galleria in Atlanta. “My mission as CEO was really to unify the company and to create efficiencies across the divisions, because they previously were run very separately,” she told the New York Times in a Q&A published on January 7, 2014.

Mary Ann Tighe has been the CEO of the New York Tri-State Region of CB Richard Ellis since 2002, overseeing 2,300 employees, and is inarguably one of the most powerful people in New York City commercial real estate. She has been responsible for more than 90 million square feet of commercial transactions, and her deals have anchored more than 13.7 million sq. ft. of new construction in the New York City metro area, which is said to be the record. Highlights of her career include Condé Nast’s move to 4 Times Square and the relocation of the New York Times to its new building on Eighth Avenue. During her nearly 30 years in the industry, she’s had a hand in several key revitalization efforts in New York, including those of Times Square, Downtown and the westward expansion of Midtown. She’s also the first woman to chair the Real Estate Board of New York and is an eight-time winner of the REBNY Deal of the Year Award for “ingenious brokerage,” garnering the most wins since the award was created in 1944. She was also the first woman to win the NYU Schack Institute of Real Estate’s Urban Leadership Award. After her mother and sister died of lung cancer, she and her family founded a nonprofit called Joan’s Legacy: Uniting Against Lung Cancer, which has raised $6.5 million for lung cancer research since 2001. 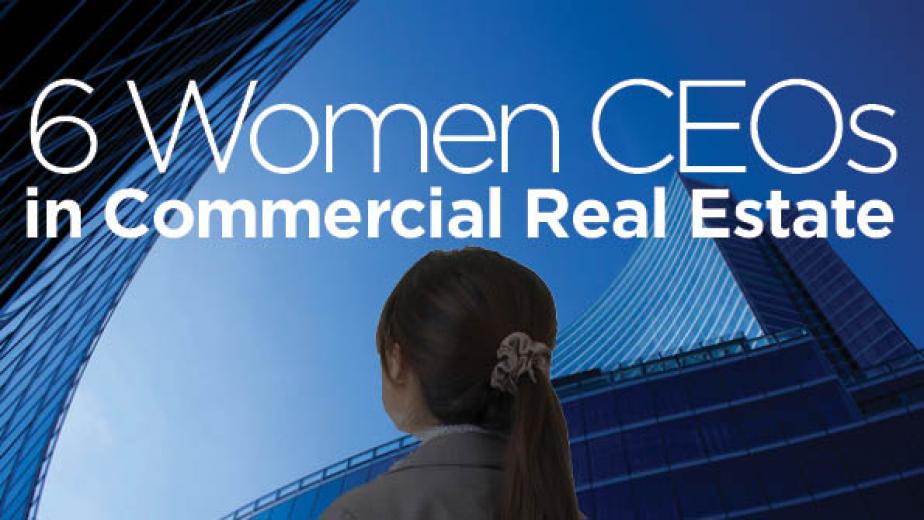 Next Up
10 Disrupters: Individuals Who are Charting the Future of Commercial Real Estate
Start Slideshow ›