Compensation Survey
brought to you by 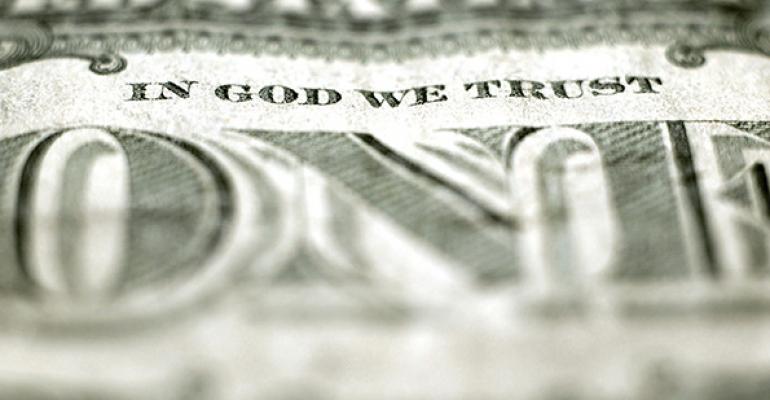 The way firms stave off attrition is to increase deferred compensation

With the level of retention deals falling, firms are turning more to deferred compensation as a means to keep advisors in their seats. But is it a short-sighted solution?

On a whole, wirehouse firms largely left their compensation grids intact for 2015, but firms are focusing more on deferred compensation. Morgan Stanley increased the percentage of deferred payouts by 1.5 percent to 2 percent for most advisors, with these payouts set to vest in four years for the stock component and eight years for the cash portion.

UBS Wealth Management substituted its program that paid a 3 percent bonus on fee-based business with a more broad-based wealth management award that offers up to a 6 percent bonus. But that compensation will be deferred for six years. 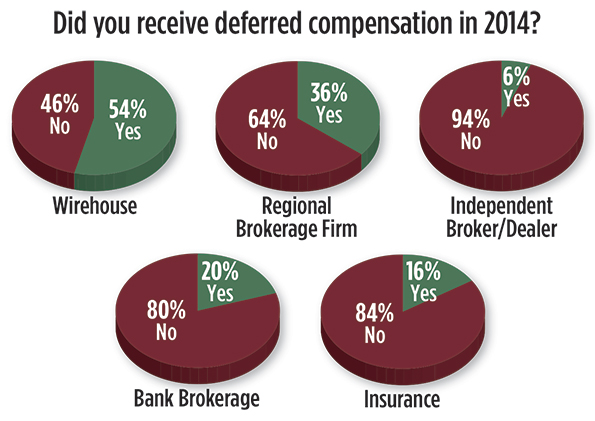 “It’s a way of controlling behavior and how free an agent an advisor is,” said Mindy Diamond, president of boutique search and consulting firm Diamond Consultants. “With the releasing of the golden handcuffs by way of the retention packages, the way that the firms stave off attrition is absolutely to increase deferred compensation.”

Retention deals were put into place following the 2008 financial crisis and the rapid consolidation, in the form of mergers and acquisitions, of the industry’s largest national brokerage firms. They were commonly established for an eight- to nine-year duration. Cerulli Associates estimates over the next four years, between 12 and 20 percent of all long-term retention contracts will expire.

“You can understand why the firms do it, but the advisors don’t like it. The biggest hot button these days is a loss of control, and controlling comp in a negative way is a biggie,” Diamond said.

Diamond had a recent discussion with a wirehouse advisor, who said he was terribly unhappy at his current firm, feeling frustrated and limited because of a lack of customization. But if he walked away, he could lose between $1.5 million and $2 million in unvested deferred compensation. “By staying the course, he’s got a lot of money coming to him,” Diamond said. “And when you weigh that against the hassle of a move, the disruption to momentum, the concerns about asset portability—that can be a very powerful retention tool for sure.”

Advisors reported receiving an average of $50,000 in deferred compensation, according to the 2015 survey. But Diamond said the level ranges. “The bigger the advisor, the more he produces, the more of that is deferred. I think some advisors would be thrilled with just $50,000 deferred. In some cases, you’re talking hundreds of thousands being deferred,” she said.

'This Amounts to a Pay Cut'

And when asked how the firm’s deferred compensation package has changed, one advisor responded that 10 percent of his pay was now held back. “This amounts to a pay cut,” the advisor wrote.

Multiple advisors mentioned changes to Morgan Stanley’s plan. “Morgan Stanley has instituted a new deferred compensation plan in an attempt to keep brokers in their seats. I’m very displeased with it,” one advisor wrote.

But while firms are aware that in the short-term they may lose some advisors who are seeking more control, wirehouse executives seem to be banking on advisors’ hesitation to leave money on the table to keep them in place.

“If money is the only benchmark you’re using, then having more deferred compensation and more golden handcuffs can be powerful,” Diamond said.

But for advisors who are seriously looking at other factors such as independence, flexibility and long-term goals, it may not be enough. And if advisors are looking to go to another wirehouse, Diamond said the recruitment deals are high water mark.

“If you’re any kind of decent production, chances are really good you’re going to get a deal that’s far greater, far in excess of what you would leave behind,” she said.

Most of the big firms are reimbursing for all or a good percentage of an advisors’ unvested deferred compensation left behind, she added.

Next: Where Advisors Earn the Most